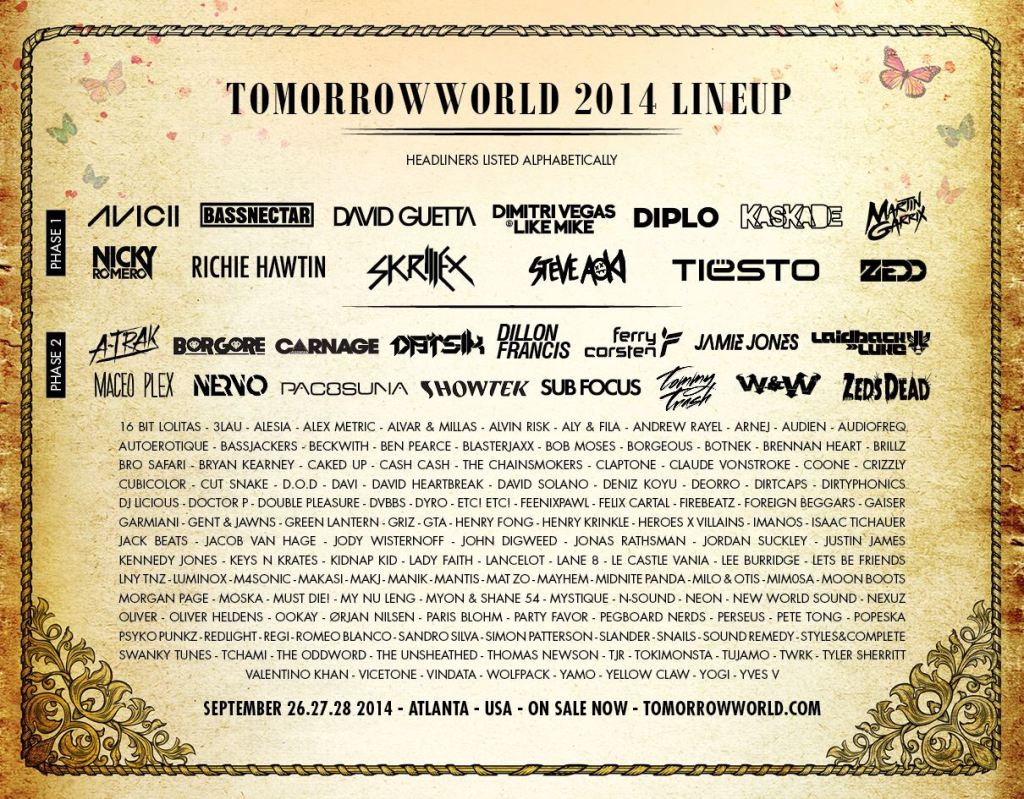 TomorrowWorld is the first international edition of Tomorrowland, one of the world’s most popular electronic music festivals.

Since 2005, Tomorrowland has been inspired to create the most innovative and immersive festival. In Boom, Belgium, 180,000 people from over 200 countries unite to enjoy one of the most sought after music festival experiences in the world. In September 2013, the festival made its first international journey to the United States of America and to Chattahoochee Hills, Georgia.

Like its European counterpart, TomorrowWorld is a 3-day festival (and 5-day camping experience), which sets a new level of festival with nearly 300 DJs, mind-blowing décor, animation, A-class camping (DreamVille), eccentric comfort areas and gourmet food. TomorrowWorld 2013 was the first European festival of its scale in the US and the first to set a minimum age of 21.

After an extensive site search across the globe, TomorrowWorld found its second home in Chattahoochee Hills, just outside of Atlanta, Georgia. The naturally stunning surroundings of this 8,000-acre farm are reminiscent of the enchanting ambiance present in Boom, Belgium. The site has a magically secluded feel but is very accessible, located only 30 minutes from downtown Atlanta and the Atlanta Hartsfield-Jackson International Airport.