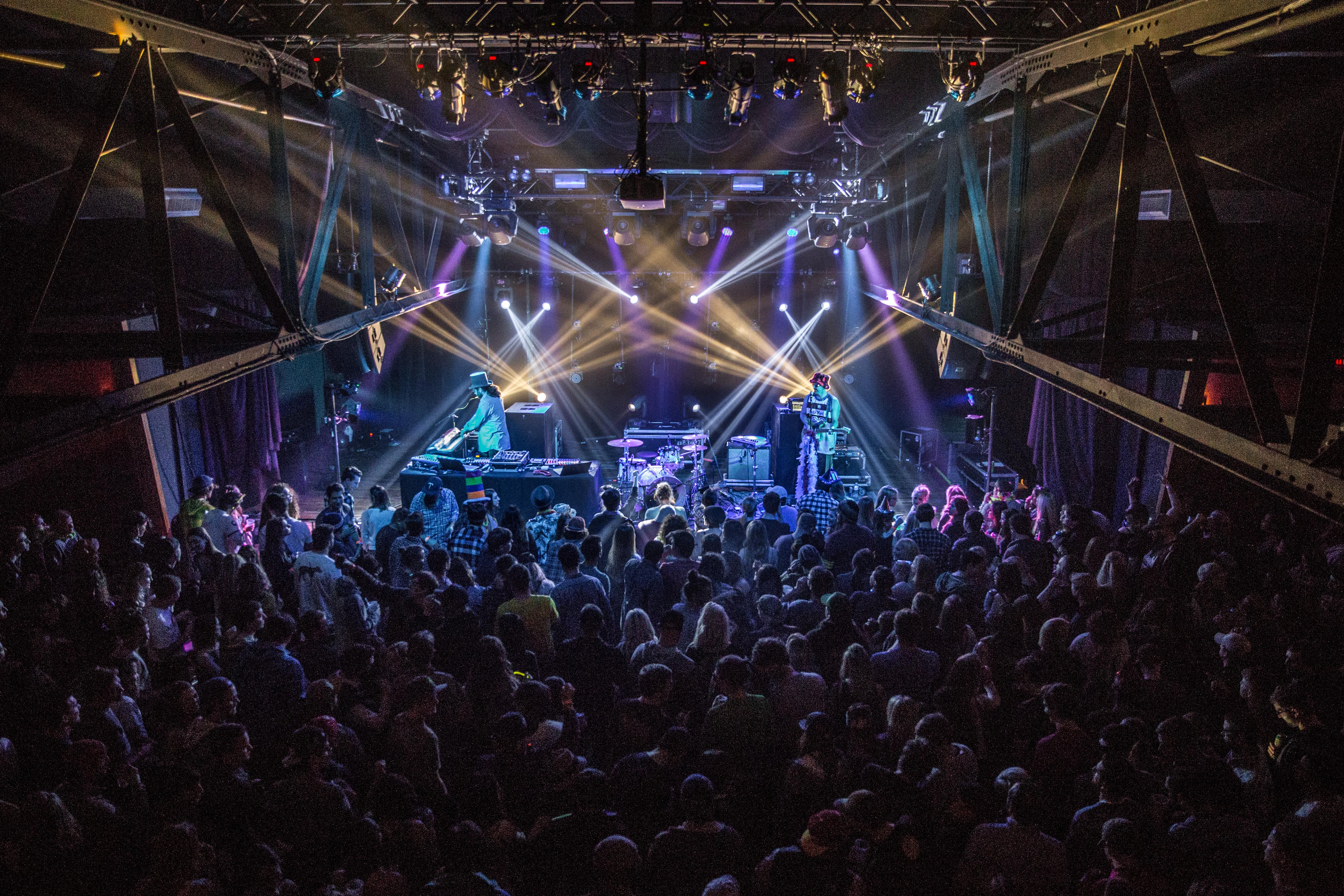 After a 4 year hiatus Boombox finally quenches our thirst for something funky with their new album, “Filling In The Color.”  Their accompanying tour this winter was well received and many shows including this Atlanta stop sold out. I met travelers from multiple states who were following the funk around the South. So many are here because the sound Boombox produces is infectious and very accessible. Their groove is warm and funky and they pump just the right amount of bass to get everyone dancing but yet you can hear after the show. They covered much of the new album during the show. “Filling In The Color”, the title track of their new album  features a guitar riff that would fit in a 70’s rock song. Zion Rock Godchaux’s signature vocals that sound as crisp live as they do on the album. This is because this album was created over the past two years on this road. Russ Randolph always lays down a funky beat foundation for Godchaux to build on but Boombox describes their new album as “more evolved”. I would describe it as authentic because of the way it was created. “We want the listener to be able to play the record front to back, not just a few tracks,” Godchaux said. “To enjoy the album as a whole. Day or night, happy or sad, from the speaker on their phone to the thumping sound system. We are song makers. That’s what we do. And this record should be confirmation that we are doing what we are supposed to be doing with our lives.” These are men that know their purpose in life.

Boombox shows offer a lot of variety and improvisation at times. Both Russ and Zion Rock are multi-instrumentalists. The funky groove that Russ puts down is always driving the show but at various times in the show both had switched from their primary duties to get into drum solos. They at times work outside the bounds of a normal show and have put music to a Bob Dylan poem, “Last Thoughts on Woody Guthrie.” It all works because the of the common denominator that is their signature funky groove.

Check out the Bob Dylan cover below and if you missed the show expect Boombox to be back within the next year.

And the world’s most highly paid DJs are…

Carnage Throws Tantrum at Hardfest & Defends Himself via Ustream