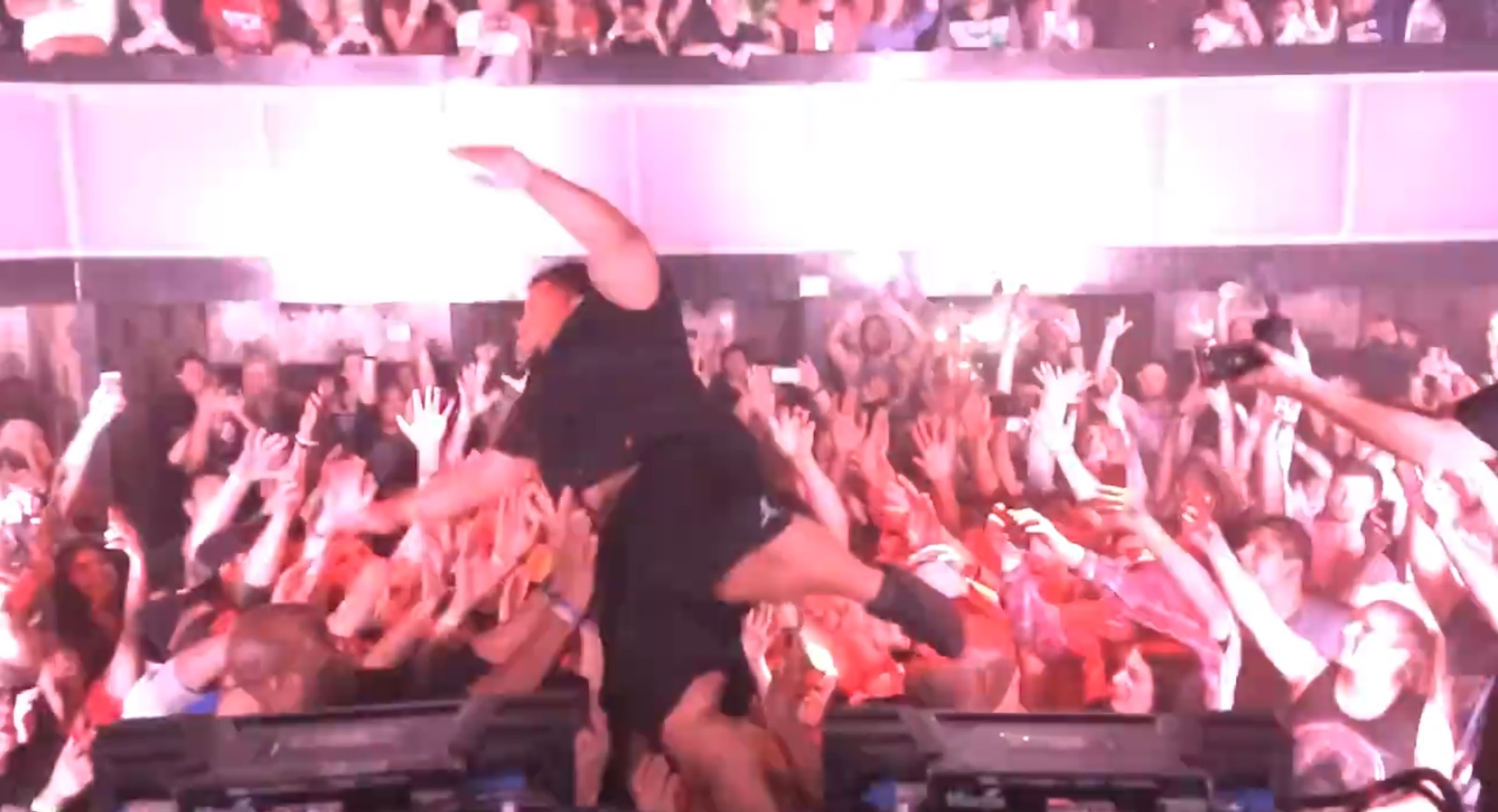 The story that is has swarmed social media over the last day was Carnage trying out his first ever stage dive in the U.S. This was not his first attempt at a stage dive, though. Earlier in July, the big guy attempted a stage dive in Ibiza while performing with DVBBS. The interwebs blew up with comical stories about that glorious moment for Carnage. Last night during his show in Nashville was where the big man decided he would, once again, take a stage dive. The crowd did a wonderful job with catching him. If you don’t already know, Mr. Chipotle is not on the small side. Although most blogs are poking fun, claiming people were injured/killed, no one was actually hurt during the dive. Who said chubby men can’t do a stage dive? Check out the video in his Facebook post below at the historic moment for Carnage and the vastly growing Chipotle Gang.

Rita Ora admits having the hots for Justin Bieber as Calvin Harris hits back...