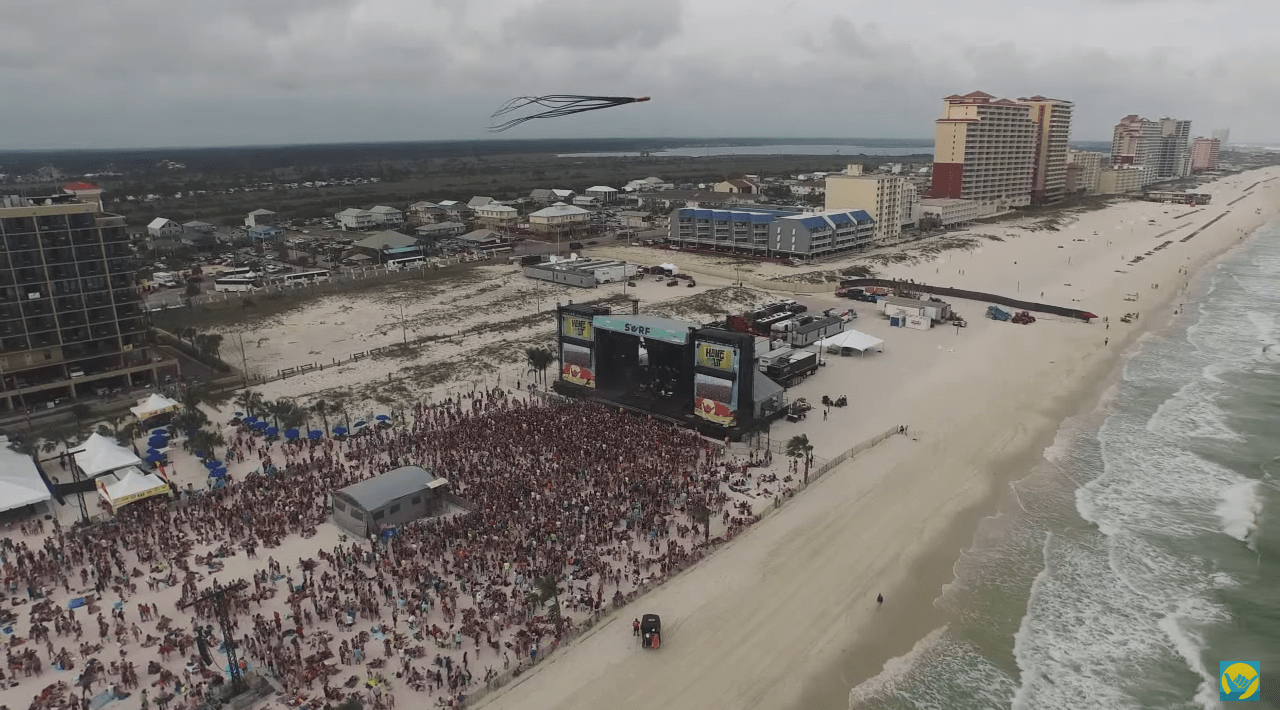 On May 15th-17th Alabama’s Hangout Music Festival delivered yet another flawless musical experience for its 2015 attendees. Hosted along the coast of Gulf Shores, Hangout Music Festival is one of the few US music festivals that intertwine stage platforms with sandy shores, luxurious beachfront views, and the cool ocean breeze. Although the festival atmosphere was more than noteworthy, Hangout’s ability to please was largely due to the uniquely genre-diverse lineup that flooded the stages all weekend.

The lineup offered something for all, but we were pleasantly surprised to witness the heavy incorporation of EDM throughout the festival. With the original lineup release boasting names like Major Laser, Skrillex, GRiZ, Adventure Club, and Gramatik; EDM lovers entered the weekend expecting jaw-dropping performances—and boy, did we receive.

Hangout made a special surprise announcement just days before May 15th, that a last minute act had been added to the lineup. Jack Ü, a collaborative project belonging to none other than Diplo and Skrillex closed out the first night of the festival. Pulling massive crowds from around the venue, Friday night’s Jack Ü set may very well have been one of the best performances of the duo’s relatively new collaborative career. Starting the night off with “Take Ü There”, Jack Ü captivated the audience and the high intensity carried throughout the set. Dropping tracks like “Earth Quake”, and the new crazed single, “Club Action” by Yo Majesty, Jack Ü captivated the audience. Saturday night Major Laser romped the stage, followed by a performance from Skrillex to end the night.

Although Skrillex and Diplo rightfully staged a Hangout Music Festival takeover, the EDM emersion didn’t stop there. Not only did we get to experience performances from artists like Beats Antique, ODESZA, and Krewella, we were granted multiple appearances throughout the weekend from Mija, jackLNDN and Autograf within the festival’s Malibu Beach House tent.

Overall, we applaud the high standards and qualities of Hangout Music Festival. The atmosphere was absolutely wonderful, and the good vibes were contagious throughout the weekend. It was certainly refreshing to see genre-diverse music festivals embracing the world of EDM. Well-done Hangout, keep up the good work! Until next year!

Electric Forest to Stay in Rothbury for Next Decade

Martin Garrix on Working With Tiesto & Being Tired of Animals

MUSIC TRANCE By DJ TIESTO Close To You