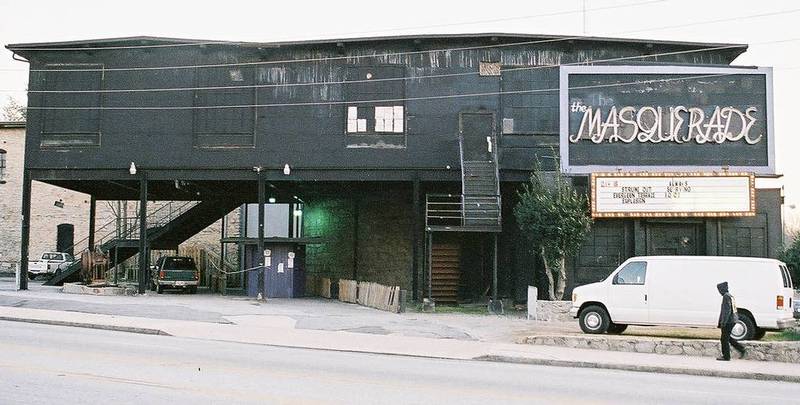 Last year around early November, Atlanta Beltline officials presented plans of replacing one of the city’s most historic music venues, The Masquerade, with a new residential apartment development. The talk wasn’t based around if it would happen, but when it would happen. Now, according to a recent article posted by Costar.com, the project has been confirmed and developers hope to begin building as early as October of 2015; but that date is not official as of yet. It could possibly take even longer to get this project started.

The article from Costar.com states, “SWH Residential Partners, LLC, a development partnership of Worthington Hyde Partners, confirmed last week the purchase of 3.3 acres of land along the Atlanta Beltline for $5.265 million. The purchase from Southeast Capital Companies includes The Masquerade concert venue, and adjacent 1.32 acres, for $2.8 million.”

The plan is to repurpose The Masquerade building into an adapt re-use development. This means that the building will still remain in use, but unfortunately no longer as a music venue. The remainder of the purchased land around The Masquerade will be used to develop an eight-story luxury apartment complex. The Masquerade is not just a large part of Atlanta’s music scene, but the building itself is a piece of Atlanta history as well. The Masquerade is actually an old excelsior mill which was called the Dupre Excelsior Mill, and is said to have been built between the years of 1890-1905. The old mill finally became the well-known music venue and night club in 1989, The Masquerade. The venue has housed concerts from a wide range of music genres including rock, metal, punk rock, electronic music, and even a little hip-hop as well. The building contains three principle stages that make up the venue: Heaven, Purgatory, and Hell.
This special venue is absolutely one of a kind, and one that cannot be matched by any other in the city of Atlanta. From the old-fashioned stone walls, to the creaky old floors, to its almost spooky looking medieval chandeliers, this venue take you a step back in time when you’re there. Although to the average passerby it might look like abandoned beat up old building with a weathered neon sign which reads, “The Masquerade,” to music lovers, it was their home. It’s a place where some music lovers of so many genres gathered on several nights throughout the week to hear some great music and make some wonderful memories. When walking through that old building, it almost feels like you are in an entrance line to one of those castle-themed rides at an amusement park. It’s really the only way I think I could describe that place to someone who hasn’t been inside before. This beloved venue has brought some huge names in EDM to the city of Atlanta including Skrillex, Nero, Deadmau5, and even Excision. It definitely holds a special place in my heart as well as many other electronic music lover’s hearts in the city of Atlanta. Despite October being the time that the developer would like to get the ball rolling, The Masquerade still has a shows lined up through October 26th according to their show calendar. Which raises the question, is this truly the time that they will begin the project? It doesn’t appear to be from their schedule. This will definitely be a bittersweet goodbye to a venue in which thousands of people around the city of Atlanta have cherished for so long. So many Atlanta locals have spent much of their youth attending concerts throughout The Masquerade’s 25-year tenure as a venue. There’s certainly been a lot of memories made in that place for so many people, memories that will last for a lifetime. The good news is, there’s still a couple more chances for you ravers out there to enjoy this venue one last time as The Masquerade:  The Mad Decent Block Party which is happening this Friday, July 31st, and the second-annual Imagine Music Festival which is scheduled for Labor Day Weekend, August 29-30th. Both of these must-see events still have tickets available with the links provided below. What better way for EDM lovers to round out many years of amazing music and memories, as well as a great 2015 summer season, than to end it with two incredible events such as Mad Decent Block Party and Imagine Music Festival? Watch Bonnaroo at 15: The Masterminds Behind the Festival (VIDEO)