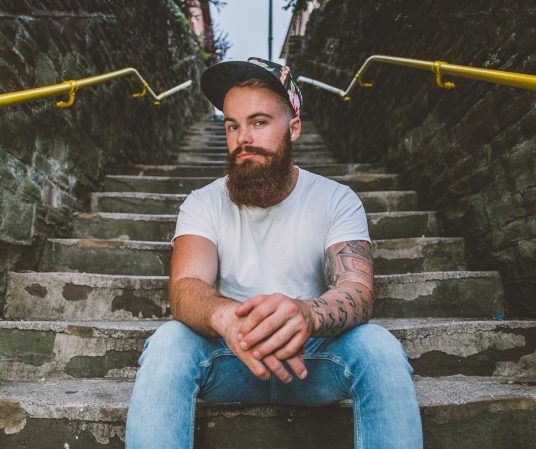 We are now less than two weeks away from gathering in Atlanta Motor Speedway for the second installment of the newly expanded Imagine Music Festival. This stacked lineup should have dance music fans of all genres just anxious as ever as we get closer to the festivities. Going a little deeper into our picks of a few artists to recognize, this is for those house heads that will be in attendance at IMF. And that artist to add to your must-see list is none other than Will Clarke. This house music prodigy should be on any Imaginer’s radar looking for a groovy fun at IMF.

Hailing from Bristol, England, a small city southwest of London that is a hotbed for house music talent, Will Clarke has become a prominent name in the house music scene. Will Clarke has been an absolute beast in the studio, pumping out several rompers over the last few years as a producer. He has been producing music for over a decade, but he really began to pop into the scene with the release of his insanely popular single, “Big Booty,” in the spring of 2014. Will Clarke receive loads of support from some big names in house music like Jamie Jones, MK, Low Steppa, and more.

Will Clarke’s producing talent has taken the house scene by storm landing him a spot in Claude Vonstroke’s Dirtybird cult-like family. Will has performed on iconic stages in Ibiza and many parties in Bristol through his career, but his DJ talent is a small portion of his musical abilities. In the studio, Will Clarke is an absolute beast. He has produced for several prominent house music labels such as Relief Records, Dirtybird, Food Music, and ToolRoom. One of Will Clarke’s biggest releases from the Dirtybird Records was alongside Shiba San with, “Give It To Me,” which received a ton of support from major names in dance music across the festival circuit for quite some time.

After a standout 2014 and 2015, Will Clarke has continued to deliver hot tracks from the studio like, “Booty Percolatin’,” from Dirtybird and his single, “Techno (Not Techno),” which both were heard all over shows and festivals across the globe. It seemed as though every house DJ featured some form of work from Will Clarke across the festival circuit and parties all over the world.

Along with having an incredible producing talent, Will Clarke’s sets are a house music lover’s dream. With Will Clarke behind the decks, he’ll take you on a journey through his influences of UK house music roots and the house scene of the White Isle of Ibiza. Imaginers will be in four-on-the floor bliss with Will’s chunky bass lines and booty shaking beats. Get ready for some of the most groovy house tunes you will hear all weekend at Imagine Music Festival from the extremely talented, Will Clarke. To get a feel for the style of tunes Will Clarke will be playing at Imagine, here is an exquisite live set from his performance on this year’s Holy Ship! festival cruise. It’s full of some house music heaters, and we know that his set at Imagine will bring the heat as well. You will be able to check out Will Clarke at the Disco Inferno Stage with the rest of the Dirtybird players like Shiba San, Claude Vonstroke, Ciszak, and Dateless, while at Imagine Festival this year. It will be very reminiscent of how all the Dirtybird guys get together for the growing Dirtybird Campout festival in Southern California. Having all those Dirtybird house music juggernauts will be a romping good time!

Electric Zoo announces the launch of its ‘Come to Life’ campaign

Deep House to Be Next Big Thing in the EDM Scene; Ultra Music President...

TomorrowWorld Is Now Hiring For 2015