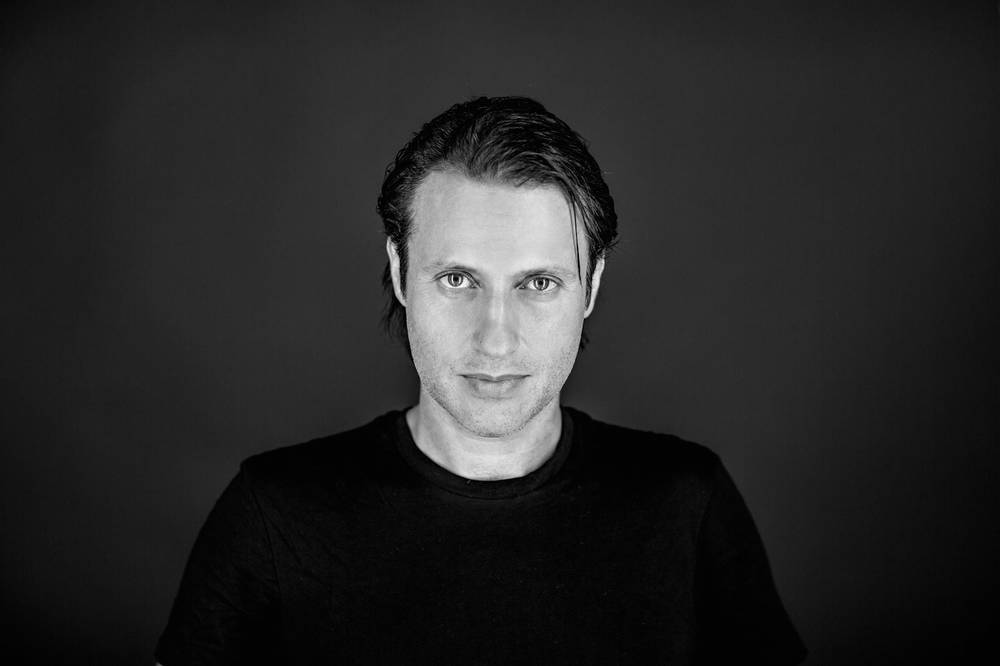 Maurizio Colella, known under his moniker as EDX, has built quite an extensive resume since the early 90’s as a producer and DJ. This highly sought-after artist has traveled throughout the world, placing his brand at the top of the mountain of the dance music industry with years of hard work and a passion for sharing the music he loves. Over the past two decades EDX has made some incredible career achievements, from holding residencies at Space Ibiza and the Wynn in Las Vegas, to performing around 150 shows yearly all across the world. His creation of the weekly No Xcuses Radio podcast has been broadcasted in over 40 different countries. His substantial production work has gained global support, mainly coming from the massive Spinnin Records label over the past few years.

EDX recently performed at Imagine Music Festival in Atlanta, Georgia. Prior to his anticipated performance, we had the opportunity to speak with EDX to discuss his career, his thoughts on today’s dance music culture and the different trend cycles, the EDM boom of the US, the importance of Ibiza to the industry, his experiences playing in the famous island of Ibiza, and more.

Having the ability to evolve his sound throughout the years has helped Maurizio’s brand awareness tremendously, which has resulted in such a global appreciation for EDX as a DJ/producer. He goes on to explain his diverse playing styles by stating that, “We have always tried to keep the signature sound while evolving creatively. There’s such a difference when I go to places like the pool parties in Vegas, or the high-energy nightclubs, where people are there to just party or get wild, you know, that sort of thing.” He talks more on how he got to spend much of his summer playing in Ibiza, “I got to mix up my DJ sets this summer playing Ibiza a lot. You get to play more groovy music with fewer vocals, and it’s just sexy, you know? The people there are so informed on the underground, and you get to open up your playing styles more.”

Since the DJ is so well traveled, EDX has been able to experience many different music cultures of several countries all over the globe. EDX loves being able to adapt to the cultures and the crowds in whichever city around the world he performs. He thrives on getting a reaction from fans, and taking the dance floor on a journey through his sets. “I’m not a big fan of a DJ just playing a certain playlist of songs. I like to try to go from scratch. Perhaps, I want to combine this record with another record because it maybe worked well before. It’s kind of like an experiment on each crowd,” says EDX, “I’m just lucky to have been releasing music for so long; and I have lots of fans who support me. Many of them are part of that generation of appreciating a DJ, and that’s a cool thing.”

Earning the once-in-a-lifetime opportunity to hold residencies in iconic dance music markets like Las Vegas and Ibiza are two major accomplishments for EDX as a performing artist. He reflects on these cities, and how advanced Ibiza remains for the dance music world. “They are two very different environments, for sure. I feel like Ibiza is just ahead of the game when it comes to club culture or club music. The U.S. is actually getting there, but it’s definitely a little different. This island [Ibiza] has been evolving as a scene since the 80s. Vegas has so many fantastic party venues for dance music fans to experience, like Wynn, where I held a residency. It’s one of the leading places for the club and dance culture right now. So many big name DJ’s have residencies out there, and that’s great to see.” EDX explains further how the current dance music culture of the U.S. is actually reflecting right back into Europe. This is actually a very good point he touched on that certainly makes a lot of sense concerning the current status of American dance culture. “You have Ushuaia, which is now like a proper beach club, a Vegas style beach club. It is sort of blending together now. I would say that Ibiza is just advanced because the people understand the cycles, and they are very well educated about the music. I think that the U.S. is slowly becoming this way, too.”

EDX also believes that the U.S. dance music movement is heading more to the underground side, once again. The dance music scene is all over the country now, not just in the main foundation markets like Los Angeles, Chicago, New York, Miami, and Detroit. When asked about his thoughts on the American club culture boom, he states, “All these cities across the country are getting into this more. There are even cities like in the Midwest that are getting more involved, which is not like it used to be here in the states.” The main markets for dance music and club culture were typically found along the east and west coasts. Like EDX stated, the U.S. has really grown into a major market for the industry as a whole instead of just the coastal regions. He talks more about this with adding his thoughts on the changing trends, “Until there is another trend to come, you know, because the kids still like to get together and party. There are all these great festivals that recently popped up, one after another, and I hope that they can stay around for a little while longer; but I’m sure there will be something new to come very soon. That will be very interesting to see.”

Looking into his roots, EDX discusses the rich history and prominence of dance music culture in his home country of Switzerland. He says, “Zurich has a techno heritage, and we have one of the biggest parades in the world with over one million people dancing in the streets [Street Parade, Zurich]. I’ve played every one except for maybe two times since ’92. People come from all over the world for over 20 years to experience that special weekend in Zurich.”

The Italian-born Swiss DJ leads a group of artists called the Helvetic Nerds. Through the years this collective grew with so many talented artists like Nora En Pure, Daniel Portman, Croatia Squad, Sons of Maria, Calippo, Me & My Toothbrush, and more. They have been able to use this as a platform for guiding these talented artists to building successful careers as DJs and producers. EDX explains further, “It was kind of a platform where we wanted to share the knowledge I’ve collected through the early stages of my career doing label work. We tried to bring together a group of people we felt were talented and wanted to help guide them to be successful, and also keep them from making the same mistakes we did in the early years because of lack of experience back then.” EDX breaks down what makes up the culturally diverse Helvetic Nerds group with its home base of Zurich, Switzerland. “Most of these people in the combo are living in Switzerland, but they are also not just Swiss in heritage. Nora En Pure is South African-Swiss, I am Italian-Swiss, Croatia Squad is Spanish, Sons of Maria is also a mix of Italian and Mexican, Daniel Portman is 100% Swiss, though, so you have a good mix of different cultures of people all born and/or raised in Switzerland.”

EDX hosts his weekly radio show called No Xcuses, which has been broadcasted in over 40 countries across the world, largely via Sirius XM on the formerly known Electric Area station. When asked how it gained popularity, he humbly talks about the creation and what made him want to share No Xcuses with the rest of the world. “Everything started around the EDM boom in the U.S. After my remix of Kaskade’s “Angel on My Shoulder” I was getting so much love across the world then, and I was also getting to play in the U.S. a lot. I was getting lots of support and feedback from fans, so I wanted to create a platform where I could give something back to the fans once a week. It’s been a journey and it really keeps me focused,” explains EDX, “I’ve been doing this for about 7 years straight, and I haven’t missed a show. It keeps me constantly searching for fresh new beats to share along with performing my shows all over the world and it has been such a fun journey.”

Wrapping up our delightful discussion, EDX touches on his future plans for the conclusion of a great year for him in 2018. He looks forward to 2019 with releasing lots of new music, and, of course, performing many more shows. He concludes with, “I feel like touring is just, sort of, a natural evolvement of the music, which is the center of it all. I think that it is very important to me together with the music and I love to tour. I will be releasing more music and I will try to anticipate the next trend, of course. Will it work? I’m not quite sure. That’s what makes this so interesting and exciting. I just want to be there and be the one to help make things happen while staying true to my own sound. I really look forward to this winter season and having a fun 2019 as well. I’m also looking forward to tonight’s set here at Imagine Festival on the Disco Inferno Stage.”

Don’t miss any updates from Skrillex