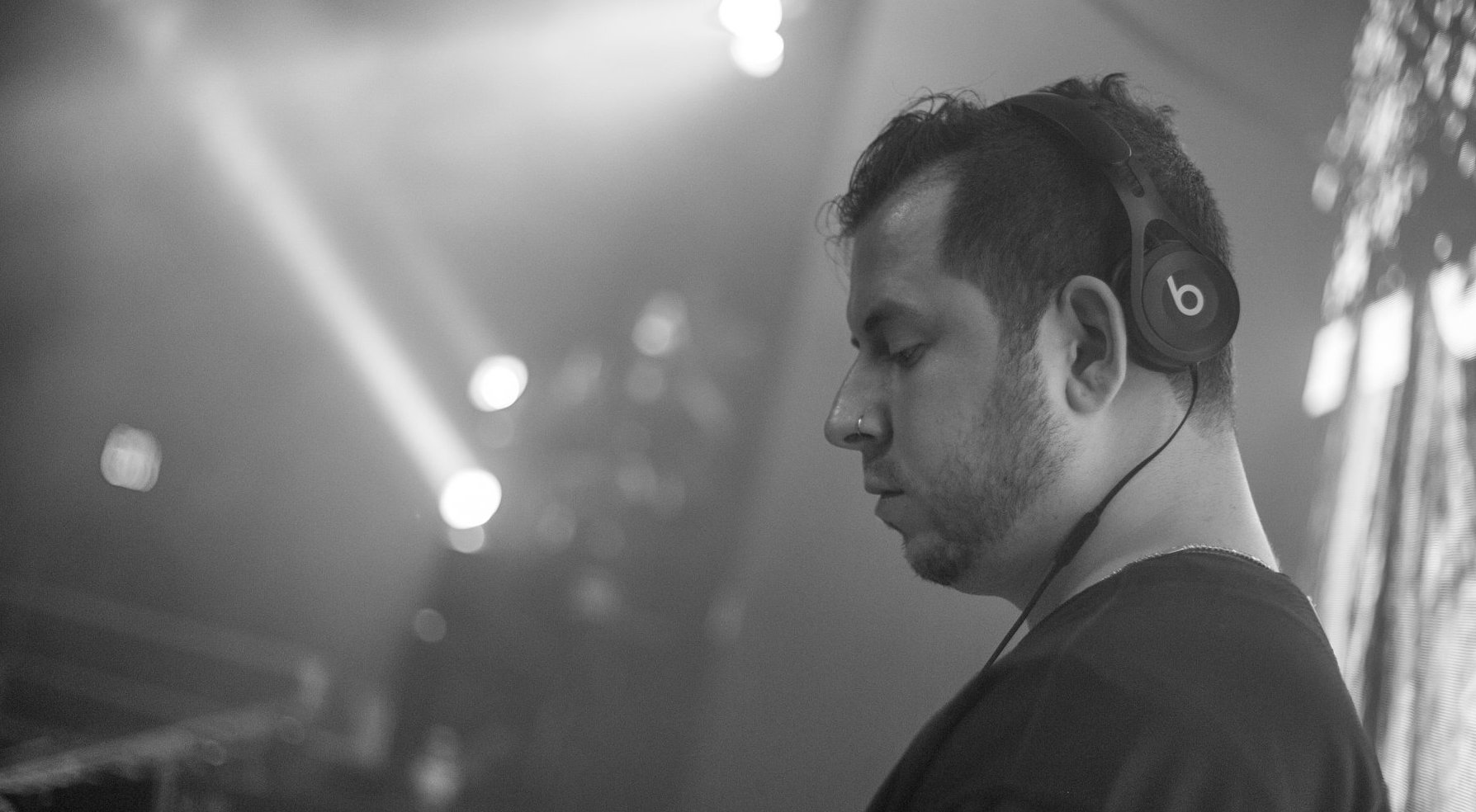 (Atlanta, Ga.) Max Hype, the producer behind the monicker of Protohype, is seasoned producer out of LA who has become a well-known name around most of the EDM fanbase. Max has spent many years in the music industry developing his unique blend of bass music and hip hop elements. He has released tons of noteworthy music through major dance music record labels like Firepower, SMOG, Spinnin’ Records, along with a large catalogue of work to boot. With a savvy understanding of the importance of branding, Max has been able to sustain through the trials and tribulations of making a living in the music business. When Max came through Atlanta on Saturday May 11, we were able to have a chat with him just before his big performance at Believe Music Hall. We discussed a number of different topics like his production process, making sample packs, mentoring young producers, and which fellow EDM acts he’d cast as Game Of Thrones characters.

How did the name Protohype come about, and what do you want it to stand for in the bass music genre?

I came up with the word… Man, I wish I had a better story, but there’s really no story about it. When I started the project, I wanted to have something that sounded like a real word; but wasn’t a real word and had parts of real words that were also search engine optimal. You would search it and nothing else but yours will show up. That’s kind of the goal as far as the brand goes, anyway. Look at Herobust, Excision, Datsik, Skrillex- these are all “words” that sound like words. They could be real, but they’re not. So that’s really the story, I sat and I pondered for a long time. It ended up working because it sounds like this mix between Rap and Dubstep. For me, it sounds like this cool thing that’s robotic, but also really cool.

What are some random moments that you’ve found inspiration for a track, or even for sound design?

There was this one time as we were talking about this earlier; I was watching this movie the Witch, I think is what it’s called. There’s this moment during the movie, in the beginning, the sound had this cool low end like, whoa, whoa, whoa, whoa, whoa, *imitates wobbling sounds* thing for dramatic effect. Then I thought to myself, “That could be a song.” I paused the movie, and I remade that exact sound I heard, and it turned into the song called, “Beat U Back.” It’s a fairly known tune of mine, nothing crazy. But that’s a perfect example of just being inspired by something completely random that leads to something completely brand new.

Who are some artists or bands that have inspired you to create music?

M83, Tame Impala are some good ones. I also just love classic rock like Queen, and I’m a huge Beatles fan. I even have this massive Beatles tattoo. In the beginning those were definitely the type of music that influenced me to make my own cool music

What pushed you to want to create artist sample packs for others to use?

Originally, the goal was to have multiple revenue streams. I felt like I wasn’t making enough money from shows, and I was just also irresponsible with my money and I just didn’t have enough. That’s really what it comes down to. I know this is what I’m good at, and this is the chance for me to actually develop myself in a learning process. I felt like samples would be perfect. I learned how to make my own drums and how to mix things uniquely. I believe it’s all about just getting better all the time and sample packs… So yeah, initially it was about the money; but it led to this new thing that eventually inspired me to teach.

Can you tell if someone has used one of your presets in a track, and if so, how does it feel to know you helped them create it?

If they did, I would know. It’s more like the guys who use those sample packs are younger kids that I probably don’t know about. Randomly, bigger Dj’s would tell me, “Your drums in that pack were sick!” That’s usually what I spend the most of my time on- the drums. I’d say that drums are my pride and joy of production. There will be plenty of people coming to me saying, “Oh man, I use that. I use snare three… blah, blah.” It’s more about honestly helping out the young kids that don’t know how to make their own drums, you know?

Artists choose to do many different things with their money, but you tend to choose to be more charitable than most. What about giving and helping makes it more important to you than frivolous spending?

Well, I do a lot of frivolous spending, and I think that’s the main reason why I even cared to do charities in the first place. My mom is a social worker, and my dad is a special educator with a master’s in special education. I was just raised to be giving and help others. One day my mom told me, “You have money and you’re not giving it to somebody!” And she was right. That’s when I started the puppy group thing; so I think it all really comes down to my mom showing me the way.

What’s a simple, yet important piece of advice you give the people that you mentor, which is often overlooked?

I would say to have your brand and identity. I believe the brand to be an extension of who you are. There can be no element of fake anywhere. If you’re doing something to get something that is not what you would normally do, people will know. Also, I don’t think people spend enough time making music, to be honest; it’s a full time investment. I understand people have other things going on in life, too. Some people can make excuses about other obligations for why they can’t as well. If you want to be in this, then you have to give it your all. If you’ve got five main things that you care about like video games, your family, your dog, work, your girl, you have to sacrifice at least two of those. They say, from sacrifice comes bliss. You have to give up something that matters to get something that matters more.

I heard you went to college in Arizona, and you reside in Nashville now. What’s the more crave-able cuisine, the true southwestern or good ol’ southern comfort?

For me, it’s a good old Southern comfort for sure. I love Mexican food in general, but honestly, I love Tex Max more than southwest Baja Mex. I mean if you go to a place southwest like New Mexico and get their authentic food, it is so good.
Personally, I’ll take a traditional southern meal over anything.

If you had to choose, real deal enchiladas or Nashville hot chicken?

Nashville hot chicken, probably. I dunno, man, I had enchiladas tonight actually. But I would say a hot chicken, because I love chicken.

From your social media, I can take it you’re an avid Game Of Thrones fan. If you had a chance to recast some of your favorite GOT characters with your favorite DJ’s/Producers, which of them would you cast?

Oh Man. I’m going to have to bring in 12th planet first, because 12th planet also is like a Game of Thrones superfan. I would cast 12th planet as Tyrion, because 12th planet literally knows everything about everything. He just knows! You can talk about the 1950 Chicago cubs baseball team, and he’ll know the roster. That’s definitely a Tyrion thing for sure. I think I would cast Herobust to be, let’s say, Jamie; but not really, because he’s good looking and stuff. So I want to say he’s Jamie, but I almost want to say Herobust is Cersei.

Yeah, he is like the evil, smartest, and probably the victor. Okay, let me think. I have to start with my good friends. Name another DJ I’m friends with…

Figure would be Euron or Tormund. Actually, Figure would be Tormund for sure. It’s hard to think of anyone else that I’ve collabed with. Wow, that’s a good question! I honestly think those three are pretty accurate and I don’t want to break the accuracy, so I’ll leave it at that.

Can you name anyone that could be Jon Snow?

I feel like Jon Snow would be Skrillex, the one everybody loves and he’s going to be the hero. He’s the leader, so I think Jon Snow is definitely Skrillex. Yeah.
Some of the characters are hard to match up because they’ve changed so much. You’d need to pick a character that’s been the same the whole time, like Jamie or Daenerys. I think Daenerys would be Alison Wonderland. I don’t even know Alison Wonderland personally, but it just feels right.

To wrap things up, what’s in store for Protohype for the rest of 2019?

A whole lot of music is in the works. Not so much with touring, though, because I’m spending so much time making music. This time next year, we’ll be crazy with getting back out on the road. But for now, it’s going to be a lot of music, and a lot of work with Dead Beats.