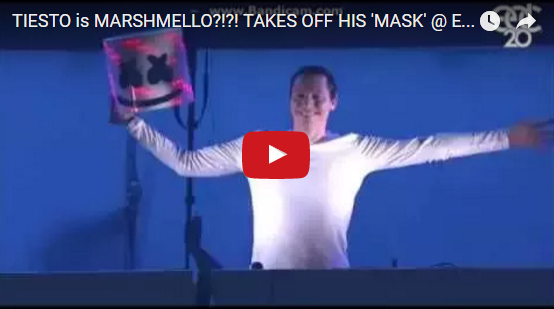 The identity of Marshmello has been the hype since he first revealed himself last year while keeping his true identity a secret.

A lot of people believe Dotcom to be Marshmello. Some artist have already revealed his identity.

At EDC’s 2016 20th Anniversary in Las Vegas, Marshmello informs the crowd he is going to reveal his identity. Under the mask it is no other than Tiësto!

However, Tiësto’s accent doesn’t even match the voice of Marshmello…