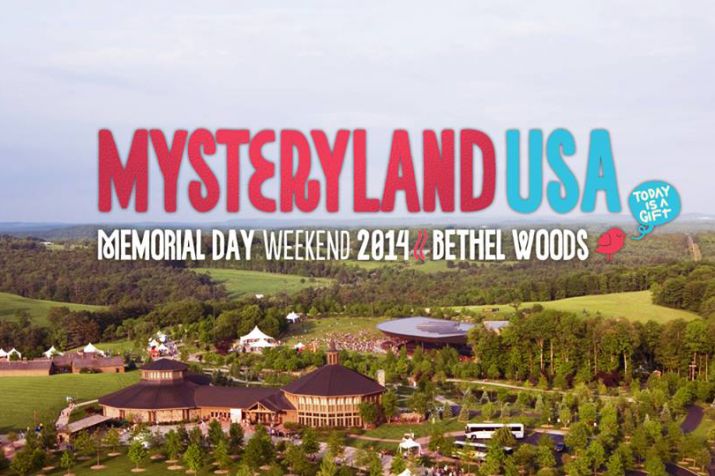 Yet another music festival is making its way over seas during Memorial Day weekend in 2014. Originally held in the Netherlands, Mysteryland will make a debut in Bethel Woods, NY, home of the infamous Woodstock Festival. This will be the first time a multi-day festival will be hosted at the iconic Bethel Woods site in forty-five years. It will be second to the music festival TomorrowWorld to make it’s debut in the US, which will take place at the end of September 2013 in Atlanta, Ga. However, Mysterland will start off a lot smaller.

The first edition of Mysteryland at the historic location will be all about the quality. With only 20,000 tickets available, the multi-day festival will be a much more exclusive gathering compared to others such as the Electric Daisy Festivals. Mysteryland is also going to offer much more of a variety when it comes to the music styles. Instead of what is typically expected, it will have over 20 different styles of electronic music. It will be premiering the same weekend as EDC NY in 2014.