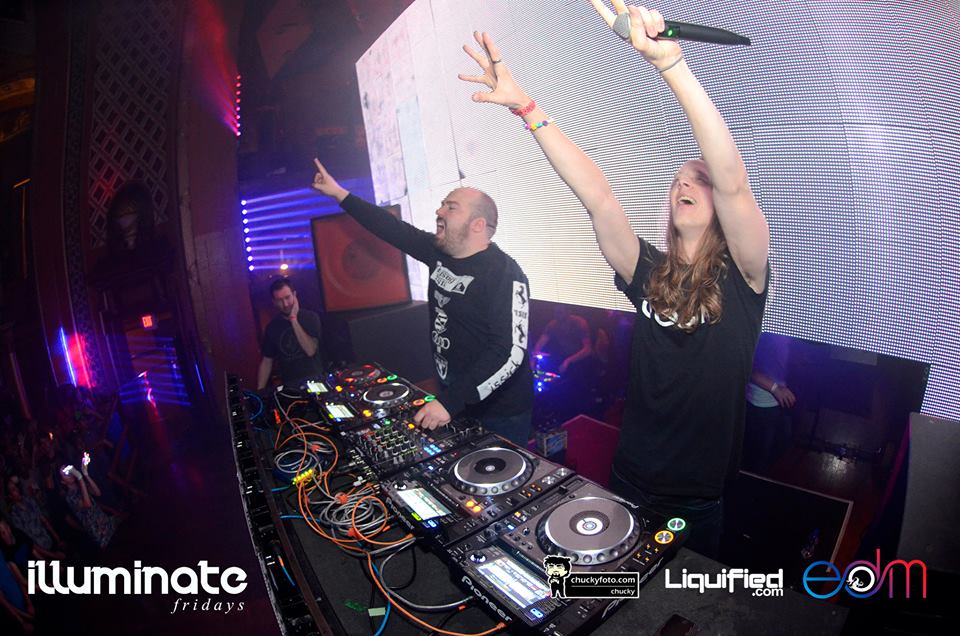 Last Friday night, on April 22nd, the duo from Monstercat known as Pegboard Nerds came to Atlanta and crushed Opera Nightclub. This was the 10th stop on their 20-date ‘Nerds By Nature Tour. Pegboard Nerds is a Norwegian group comprised of veteran producers Alexander Odden and Miichael Parsberg. Their performance was impressive as always. The set consisted of a lot of bass and they even threw in a little bass house to spice it up for the Atlanta crowd like one of their recent tracks, “Heartbit” which was released back in February. Since these guys are always dishing out new releases other than the one mentioned, they had a plethora of new music to play for the crowd as well. Of course they dropped some of the classics as well. What would a good Pegboard Nerds set be without hearing a few classics? These guys always bring tons of energy to each show and they were truly feeding off of that packed opera crowd the whole set. A great aspect of a Pegboard Nerds performance is that you really don’t know what you are going to hear next. They don’t just stick to one genre of music and it shows with the different styles they produce as well to keep the crowed guessing. If you like to get down and dirty to a great variety of EDM then we highly suggest you make it out to a Pegboard Nerds when they are scheduled to play in your city. No matter what venue they perform in, it is bound to be a wild night. See the rest of the remaining tour dates for the Nerds By Nature Tour below. Made in America: Day 2 starts sunny, battles the rain

Calvin Harris‘ Summer smash made around $1.2m on Spotify