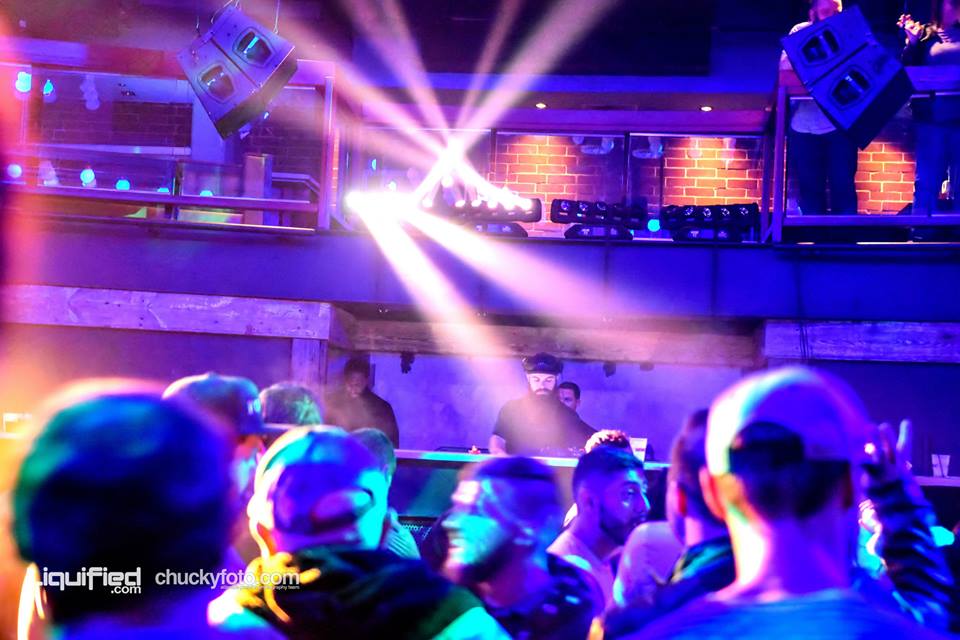 Over the course of 2018, Tech House seemed to be blowing up in popularity across the US. However, there are a few artist that go hand in hand with said genre, unless, of course, we’re talking about Will Clarke. Originally hailing from Bristol, UK, Clarke is one of a handful of well-known artists signed to the famous Dirtybird Records label. The label roster brings a stacked list of house music heavy hitters with the likes of Shiba San, Claude Von Stroke, Justin Martin, and a myriad of others. Clarke has established a name for himself by providing the masses with groovy original tracks that resonate throughout the house music scene. Before performing in front of a full house at Atlanta’s own District Nightclub, we had a chance to sit down and talk with him, read what he had to say below: So I know a lot of other touring artists go pretty hard on the road, but you yourself live a pretty healthy lifestyle, what would you say is the hardest aspect of maintaining that lifestyle while on the road?

I’d say diet. I don’t drink or partake in drugs or anything, so it’s more of a choice, I just don’t really enjoy it. It’s not because I don’t want to, if I wanted to, I would. But yeah, I don’t like the taste of alcohol, I’m not into drugs and I’m a bit of a control freak, so I like to keep compos mentis. It’s not really hard, it’s actually a lot easier because I wake up  (if I have sleep) feeling fresh, I don’t have a hangover, so the only thing I struggle with on the road is diet. You always have to eat out, you can’t cook, if I could, that would make it so much easier.

So following up on that, what is your one guilty pleasure, because we know Americans love greasy, fried, bigger foods as opposed to European diets.

Ohhh I love burgers and I love milkshakes. I’m on no sugar at the moment, which is like super hard. However, I have a pretty serious sweet tooth. Being part of the Dirtybird label, what is your favorite aspect of being in that collective?

It’s just the crew, Everyone’s cool. Everyone’s super supportive, especially the core crew like Claude, Justin, Arty and also all the people behind the scenes like Fernando, Darren, Lisa, Andy, but that’s the core crew and they’re just the fucking best people ever.

Between the last year and this year, Tech House has blown up quite a bit, not so much mainstream, but it’s definitely a lot more prominent than it was. So what do you think the direction is that it’s going to take leading into 2019?

It’s gonna be like this for a while. It’ll get bigger, but I think it’s like everything, it needs time to keep growing. The “American Tech House” I like to call it, is just kind of here in America. The tech house in Europe is a bit boring, but that’s my personal opinion, people love it so can’t really moan at it, it is what it is.

Of course, you’re originally from Bristol. How does our dance music scene compare to the scene in Europe?

Can’t compare, different worlds apart, but also not. This all kind of started in America and European culture kind of adopted it and took it on. We go clubbing at a lot younger ages. We have a lot more underground venues. We have a lot of festivals purely based around underground music, where you don’t have so much here, we also go a lot later in the UK and Europe compared to clubs here unless you’re in Miami or New York or Chicago. So I don’t think you can compare, but the thing I like in the states is this, everyone is a little bit more open. It’s a little bit less  of a clique mentality. Out of everything you’ve witnessed in American dance music culture, what would you say is something that you may want to personally see a change in?

I don’t really know, That’s a tough question. I would say it would be nice to see some new, cooler venues pop up. I understand the whole “bottle service” thing, but like less bottle service. I’m cool with the idea of VIP and bottle service, I understand they have to make the money but like to not make it all about that would be really refreshing to see, a more integrated environment for patrons. If you want to put the VIP stuff round the side but like don’t put the sparkle in bottles and shit like that, I understand how clubs make money, I have no issue with that but I like make the dance floor good. One thing I have a really big issue of is sound systems and DJ equipment. Clubs seem to like spending all this money on crazy artists but then don’t even give the artist’s space or proper equipment to play on. Like you’re paying a lot of money for these acts but you’re not allowing them to be played on the best systems. It just doesn’t make sense to me.

It’s been a big year for you, lots of touring, what are you most excited about for 2019?

LOADS of new music coming out next year. I’m super excited about it’s probably next year, music wise is probably my favorite. I pretty much signed for the rest of the year. I’m starting my new label which is all falling under the “Doing It For The Cuddles” brand. My first release is in March I think. So yeah, lots happen a lot of different labels I’m signing to. It’s going to be good, I’m really looking forward to it.