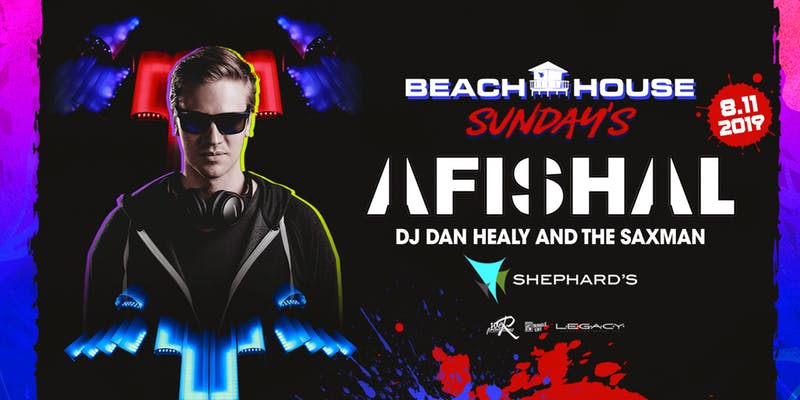 There’s a TREMOR coming to Clearwater, Florida this Sunday, and its name is AFISHAL. For those who seek a one of a kind visual live music experience, Shephards will be your destination this weekend; and, have we mentioned that it’s free? That’s right, Tampa, you will be getting a free chance to experience something that this city has never seen before- a live interactive drumming DJ! But you have to act quickly, because these free tickets are limited and there’s a chance those will run out.

AFISHAL is a pioneer of the art of a visual DJ. This innovative experience will give fans a spectacle of interactive lighting, visuals, and sound all from the specially crafted electronic drum set that was developed and engineered by AFISHAL himself. This gives the crowd an experience like no other, since most all DJs just mix using a controller, AFISHAL creates sounds and plays songs all by the hit of his drum sticks.

To go even further with engaging the crowd, AFISHAL can now control LED wristbands worn by fans that react on his command. This revolutionary live EDM experience has taken the scene by storm over the past few years, racking up millions upon millions of views online with his incredibly unique live drumming performances. AFISHAL recently released a remix of Avicii’s “Without You” that you can view below. This has already reached over 14 million views, which is an incredible milestone.

The TREMOR visual drumming DJ rig was created, which has created an new original way to expand the DJing performances that fans can experience. The TREMOR was launched in 2016 after his original set up, The AFISHAL DJ Drums, was launched in 2012. The new set up was upgraded with striking visuals and a sleek aesthetic redesign.

If you are a fan of the unique, and would like to experience something a DJ has never done before, snag your free tickets and get yourself to Shephards Beach Resort on Sunday, August 11th to see something we know you’ve probably never seen before in person. You can click here to be redirected to the event page and get your free tickets for this Sunday.

How Much Does Your Favorite Artist Cost To Book?