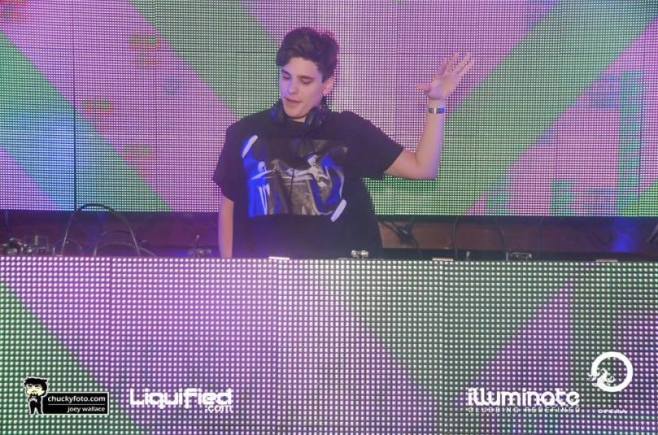 Grammy nominee, Audien came to Atlanta and put on an excellent show at Opera Nightclub. This trance/progressive house producer is best known for his popular remix of Bastille’s, “Pompeii,“ which is actually the track that earned him the Grammy nomination for the best Remixed Recording. This is huge for Audien considering he is competing with the likes of Tiesto, Kaskade, Galantis, and Robin Schulz for this award. I have seen Audien a few times now, and each time has been a great experience. Audien has a lot of support from a number of big names in electronic music such as Above & Beyond, Tiesto, Ferry Corsten, Armin van Buuren and even Hardwell. With this many names supporting Audien, he is getting tons of spotlight and gaining respect along the way.

Opening for Audien was a new DJ and producer from Atlanta, Stellar Shores. Though is a new producer, he’s definitely one to look out for in the near future. Stellar Shores built up the crowd’s energy with some great house music. He did a great job with setting the tone for the night, he even threw in a little bass in the mix. But what’s a show in Atlanta without a some bass, right? Audien came on and played a really enjoyable set. I really like the way he transitions the trance and progressive house together. I will admit that I like his work from Ajunabeats a little more than from Spinnin’. It seemed like he stuck with more of his progressive side for this show, but the crowd was loving it so I don’t blame him. One of the tracks that really stood out was his newest edit of Van Halen’s, “Jump.” I always loved the original track from Van Halen, but hearing a trance sounding version of it was interesting. Audien is definitely one to add to your list of DJ’s to experience live. Each time I’ve seen him, his sets were all different but still amazing. If you have seen him, I’m sure you would agree that he is incredible live. Check out Audien’s latest remix track of Van Halen’s, “Jump” below.

Some Thoughts Of A Certain Sound: State Of The Union