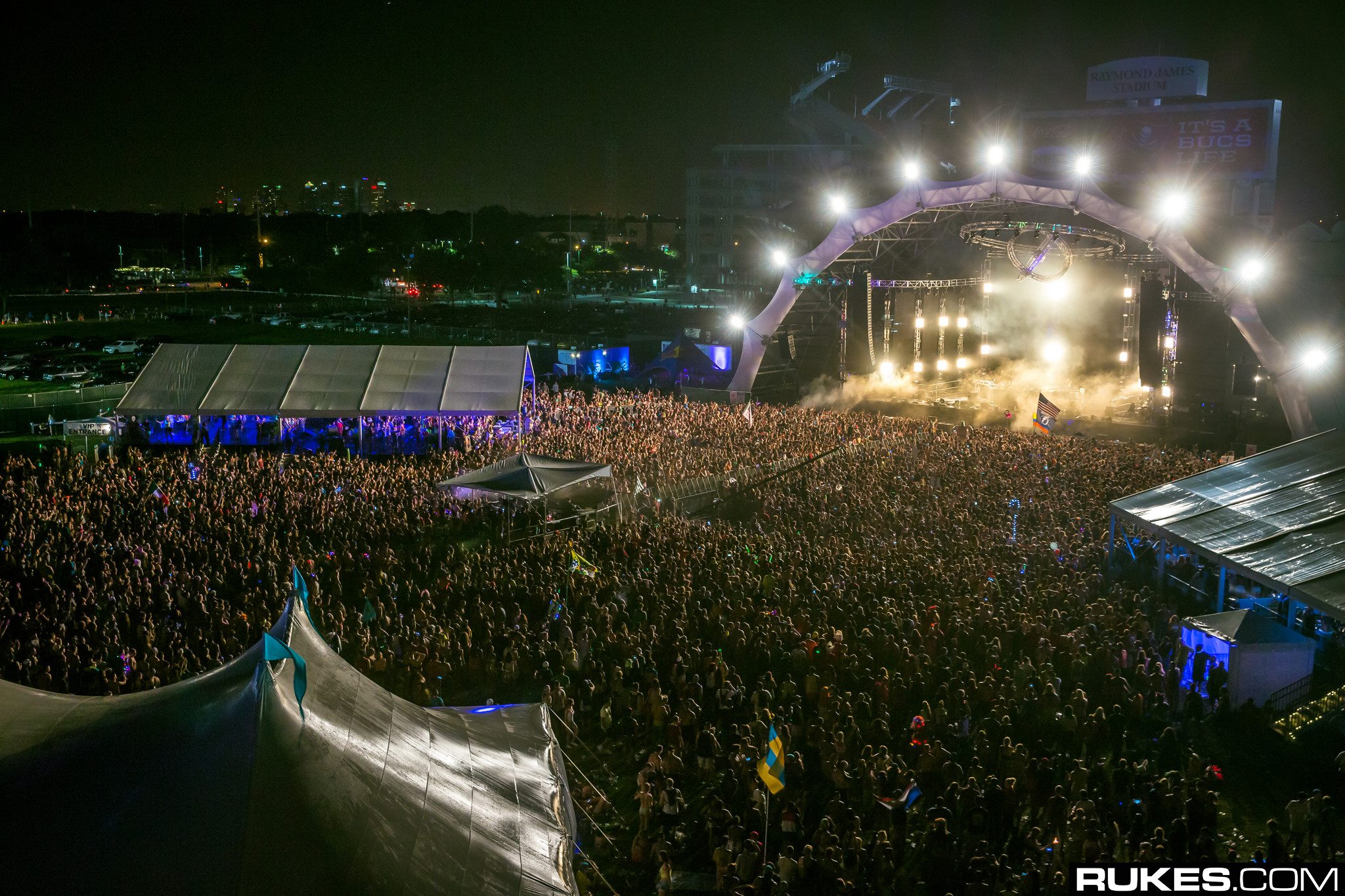 Memorial Day Weekend was a huge weekend for music festivals across the entire nation. Festival junkies had a smorgasbord to choose from to fulfill their musical desires – Counterpoint, Mysteryland, EDC NY, Movement, Summer Camp. But there was one in particular that really grabbed our attention here at RaversChoice, and that was Sunset Music Festival in Tampa, Florida. The event took place just a few minutes outside of downtown Tampa at Raymond James Stadium on May 23-24th. It featured such an incredible lineup that we just had to take the trip down to Tampa Bay and see what this festival was all about.

Sunset Music Festival has only been around for a few years; but it has quickly made a name for itself during its tenure thanks to veteran organizers Disco Donnie Presents, Sunset Events, and Committee Entertainment. Each year SMF has delivered a jam-packed lineup consisting of some of the biggest names in electronic dance music, along with spectacular production and an absolutely beautiful crowd. For the 2015 installment of this music festival, we were presented with the likes of Tiesto, Skrillex, Armin van Buuren, Flosstradamus, Porter Robinson, and Showtek. Joining these headliners was a plethora of EDM all-stars:Cedric Gervais, Duke Dumont, Don Diablo, Keys N Krates, Oliver Heldens, Tchami, and much more. Although there was brief weather delay on Saturday during the opening hours of the festival which resulted in the evacuation of attendees until the heavy rain and lightning cleared, the party continued as scheduled for the rest of day 1. Trance and house lovers were in musical paradise on the opening day of SMF. The Eclipse stage had the trance family in full force with performances by Jordan Suckley, Mark Sixma, MaRlo, and Andrew Rayel. Over at the Horizon stage, there was a wonderful mix of house and a little basss sprinkled in with Mija, Trippy Turtle, SNBRN, Cashmere Cat, Destructo, and Tchami. The main stage, or Sunset stage, delivered some powerful sets as well. Some highlight sets from the Sunset Stage included a face melting set from Skrillex, an oh-so-groovy set from the future house prodigy, Oliver Heldens, and a massive set from the legendary Tiesto.

Of course, the party was nowhere near over for the opening day. The official after party for SMF took place at Amphitheater in Ybor City near downtown Tampa. Destructo and Mija were the headliners for the day one after party, and both of them played some electrifying sets. Guests at Amphitheater were also given a special surprise appearance by none other than Skrillex to top off a spectacular first day of Sunset Music Festival 2015. We hit the ground running on day two, picking up right where we left off from day one. The Sunset stage was just as stacked as the first day with huge sets from The Chainsmokers, DVBBS, Showtek and Audien. The Horizon stage got a little tropical with feel-good sets by Viceroy, Sam Feldt, Thomas Jack, and Robin Schulz. Bouncing over to the Eclipse stage, things got down and dirty with some heavy trap and bass sets from Keys N Krates,Flosstradamus, and Meaux Green. There was even a little hardstyle thrown in with Headhunterz and Noise Controllers as well. We were given a life changing set at the Sunset stage from the legendary king of trance, Armin van Buuren, who put the entire crowd in A State Of Trance. It was such a perfect way to close out what was an unforgettable music festival. Take a look at the recap video of Sunset Music Festival 2015 below.

Posted by Sunset Music Festival on Wednesday, May 27, 2015

Once again, Sunset Music Festival was a huge success. The production was nothing short of extraordinary with amazing lighting and lasers, along with great sound and stage arrangement. The lineup across the board had something to tickle every EDM lover’s fancy. We hope that this festival will be back for many years to come. Hats off to Disco Donnie Presents, Sunset Events, and Committee Entertainment for working so hard on delivering such an outstanding music festival each year. We will definitely come back to SMF again in the future. Huge thank you to Disco Donnie for inviting us out to SMF, we had so much fun. Check out both of the incredible photo albums from SMF 2015, photographed by Rukes!