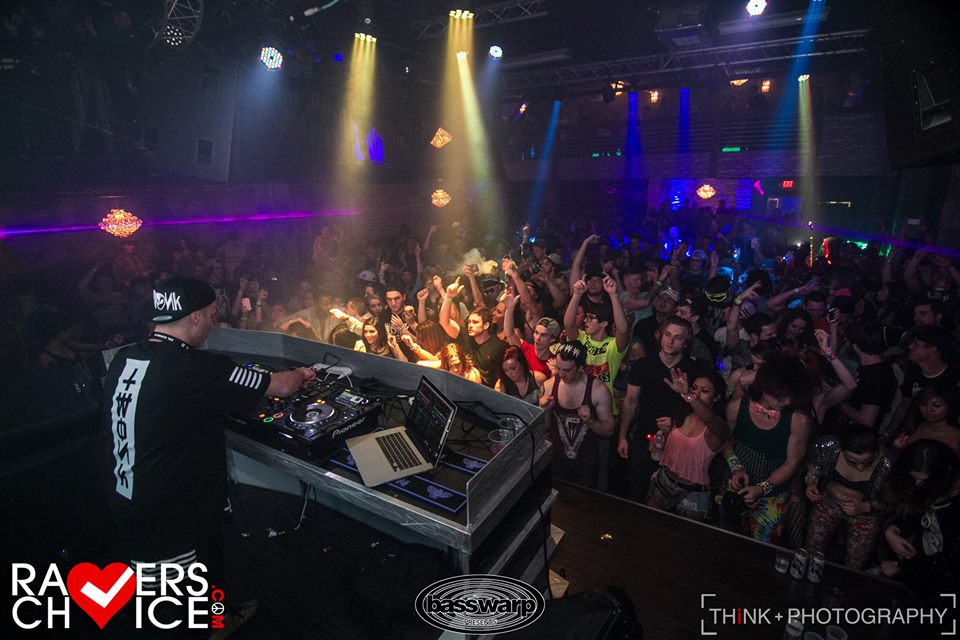 On Saturday, March 8th, Brillz came to Nashville, Tennessee and blew the roof off of Seen Nashville nightclub. Brillz is a trap EDM artist out of Los Angeles, California. Brillz has released a full-length album called “Twonk” in March of 2013; and then he reworked the Twonk LP and released a complimentary album called “Retwonked” in December of 2013. Brillz has a unique ability to mix together hip-hop sounds and electro beats, combined to make his own original trap sound. He really made a name for himself with his banger remix of the Kill The Noise track “Roots” and the remix of Zedd’s track “Clarity.” I have had the pleasure of being able to see Brillz perform on a couple other occasions at TomorrowWorld and Opera Nightclub in Atlanta. I aslo had the pleasure of meeting him in Nashville and he was definitely a class act. He was very humble and happy to meet his fans, and he talked with me as if I was a personal friend of his. That is very rare out of most artists these days and I am so glad that I got the chance to meet him in person. Each show that I have seen Brillz perform, he was able to keep the crowd full of energy from start to finish every time and never held back.

The show at Seen Nashville was just that, full of energy and bass. The venue was completely sold out, and even though it was a smaller venue, I loved it because there was not a bad spot in the place. Everywhere I went to get a different view, it felt like I was right in front of the booth with an “up close and personal” feel. The night started off with a local DJ by the name of Liquid Metal. He did a great job with setting the mood of the crowd and preparing everyone for a night full of heavy bass. Liquid Metal was a good opener and played a great opening set. Brillz came into the booth and immediately had the crowd hyped up and dancing like crazy. Brillz did not disappoint as always with his perfect blend of trap and electro mixed in with a little hip-hop as well. He played a lot of his music from his album as well as throwing in some new trap music from other great artists like ETC! ETC!, LOUDPVCK, Flosstradamus and even a little Baauer. Some of the favorites that Brillz played were “RVCHET BITCH”, “Fuzzy Peach”, and his huge remixes of Zedd’s “Clarity,” Jay Z’s “Dirt Off Your Shoulder” and  Kill The Noise’s “Roots”. All three remixes  had everyone on their feet, hands in the air, and dancing like no tomorrow. Here is a great track that Brillz released recently which he includes in most of his sets that always gets the dance floor going crazy! It is a free download remix of the track by Bro Safari & UFO! called “Animal.”

Klaypex Make Triumphant Return With A Vengeance With Anything Goes