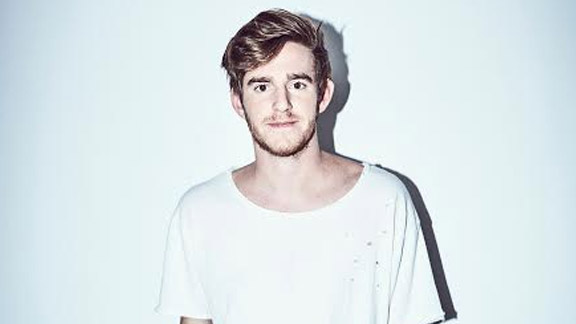 The countdown to EDC Orlando continues as we are now just under two weeks remaining before the festival. It is so close that you can almost feel that warm central Florida breeze. As we take another look at this scrumptious lineup that Insomniac will be delivering, the bass music prodigy known as NGHTMRE is without a doubt next on our musical radar.

Tyler Marenyi, aka NGHTMRE, has become a major name within the EDM scene in just a little over a year. Back in 2015 at Ultra Music Festival in Miami, Skrillex dropped what was then an ID from NGHTMRE that would quickly become a trap anthem for the 2015 and beyond festival seasons which is now titled, “Street.”

Throughout 2015 and into 2016, Tyler ended up playing at several major music festivals all across the U.S. including EDC Las Vegas ’15 & ’16, Lollapalooza, TomorrowWorld, Moonrise, and Life In Color Miami to name a few. He has even headlined some big name venues like Webster Hall in New York, The Mid of Chicago, and Beta in Denver. Not only has he performed at many venues and music festivals all over, he has been a producing machine during his tenure as a touring DJ. NGHTMRE has released two EP’s since 2015- one which was a collab with Slander called “Nuclear Bonds” and a self-titled EP “NGHTMRE” in early 2016. Along with his albums, he has also released many great remixes of tracks from huge names in the industry like Flux Pavilion, Keys N’ Krates, The Prodigy, and The Griswolds. NGHTMRE live sets are arguably just as noteworthy as his producing talent. His sets are a heavy mix of all things bass music with a little bit of a hip-hop influence as well. One of his biggest sets do date would probably be his performance at EDC Las Vegas 2016 where he absolutely destroyed the bassPOD stage. You can hear NGHTMRE’s massive set from EDC Vegas below, and prepare for what he’ll bring to the madness if you catch him live at EDC Orlando on November 4th. If he is not on your must-see list for EDC Orlando 2016, do yourself a favor and add NGHTMRE to it because he will definitely be bringing the heat for you bass lovers. Calvin ‘was wary of Rita’s ex’

Something Wicked Returns to Houston on Halloween Weekend 2016