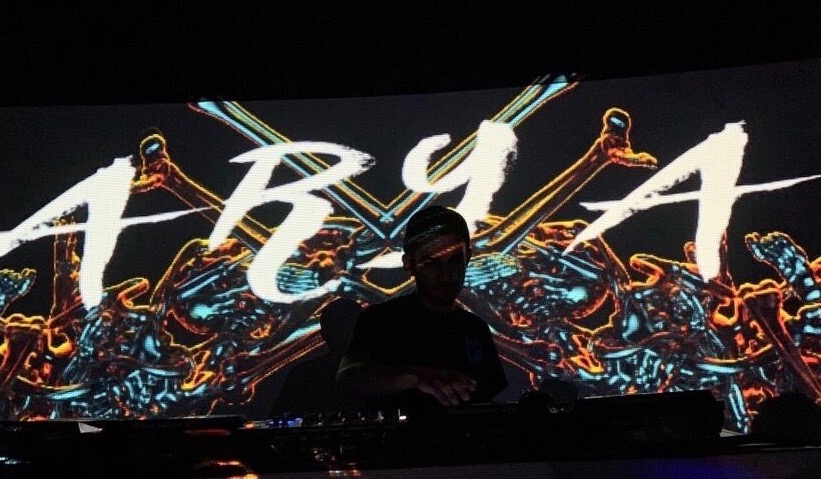 I don’t know about you; but when I think of bass music… bottle-service and button ups aren’t the first things to come to mind. It seems like every show announced in ATL lately is held at a “Vegas-esque” bottle-service bar, or an expensive concert venue with overpriced drinks, dress codes, and uptight security. Don’t get me wrong, I’ve had some of the best times of my life at these places; but sometimes you may be looking for something a little more… Underground? You know, the old “warehouse vibe,” where you think, “Am I at the right place?” before turning the corner and seeing fellow ravers already lining up and immediately knowing you’re at exactly the right place.

This past weekend G-Wub held their event, “ATL HOE,” which featured local Atlanta artists bringing tracks from all spectrums of bass music. With a massive sound system and a dope stage, this DIY event had the feels of a house show with friends including the production straight out of your favorite local EDM venue. It seemed like everyone there was attending for the music, hanging with friends, and supporting the local scene. All of that combined with genuinely good vibes, you can’t ask for much more out of a music collective still in its beginning stages!

Opening up for the night was the debut of a true cyborg, CYBRNETX. This dude brings the dark bass, and he brings it hard. With tracks ranging from 1788-L to BTSM, from Porter Robinson to Space Laces, there was something for every bass lover in this set. Keep a look out for the name. I expect to see him rise in the Atlanta scene a lot soon.

Oddli and Funky Warrior were the next artists to bring the deep wubs everyone was waiting for. The system cranks up and you can start to feel the bass in your throat. More and more people were coming in during the set, with flow artists giving shows in the back, painters set up to the side painting, a ball pit in the corner, and a bouncy bass bellowing. It was nearly impossible to not give in to the vibes and start moving to the music.

The man behind it all stepped up to bring the space bass as ARYA hit the prime slot, getting the whole crowd rocking and swaying to what I can only describe as- “intimate wubs.” So not only is the dude putting on this entire event with the help from his friends, which is a whole night’s work in itself, he’s also playing a full set in the middle of it all like it’s nothin! I expect big things from this guy this year and it doesn’t seem like he’s settling for less!

Local favorite Mvlik hit the decks next dropping dubplates and bangers one after another. He brings the energy that gets the crowd ramped up; and even after being there for nearly 5 hours, I can’t help myself to join in on the head banging and sing alongs. It was my first time seeing Mvlik; but it won’t be my last. Be sure to catch him on many of the lineups around the city this summer!

If all of that wasn’t enough bass for you, don’t fret, Kroniik is here to completely melt your face until it resembles his dripping logo behind him. Bringing pure heaviness with tracks from Mastadon, Svdden Death, Somnium Sound, and Badklaat (just to name a few), Kroniik finds a way to chop it up till it hits just right. Single, double, QUADRUPLE drops?? I don’t know. But he’s probably doing it. With the ever rising popularity of riddim and crunchy bass lines, Kroniik is primed for playing show after show and if you’ve never experienced a Midnight T set, this may be the closest you can get!

And finally, it’s time for a much anticipated act- DRINKURWATER. This guy is no stranger to a local scene, from playing at Imagine to playing the shows with headliners like AL Ross and Crizzly, he’s also always eager to play smaller local shows with his friends to support ATL EDM scene. Kevin Flum known as DRINKURWATER sure knows how to finish the night with a bang. Growing up in Germany, Kevin has been exposed to music from a young age. Starting his career off as a rapper (KFLUM), he masterfully blends in the hip hop and dubstep genres creating an unforgettable experience for his listeners. Not only does he have bad ass riddim-based tracks like his most recent “OH F*CK” with RATED R, but also some serious rap features such us SAYMYNAME’s “Get On My Level”. Heavy dubstep and bleeding bass lines are what every crowd is wishing for, and he doesn’t disappoint!

If you missed this G-WUB event, make sure you attend the next one that the ATL Collective is hosting on June 22.

Behind The Scenes with Zedd (VIDEO)