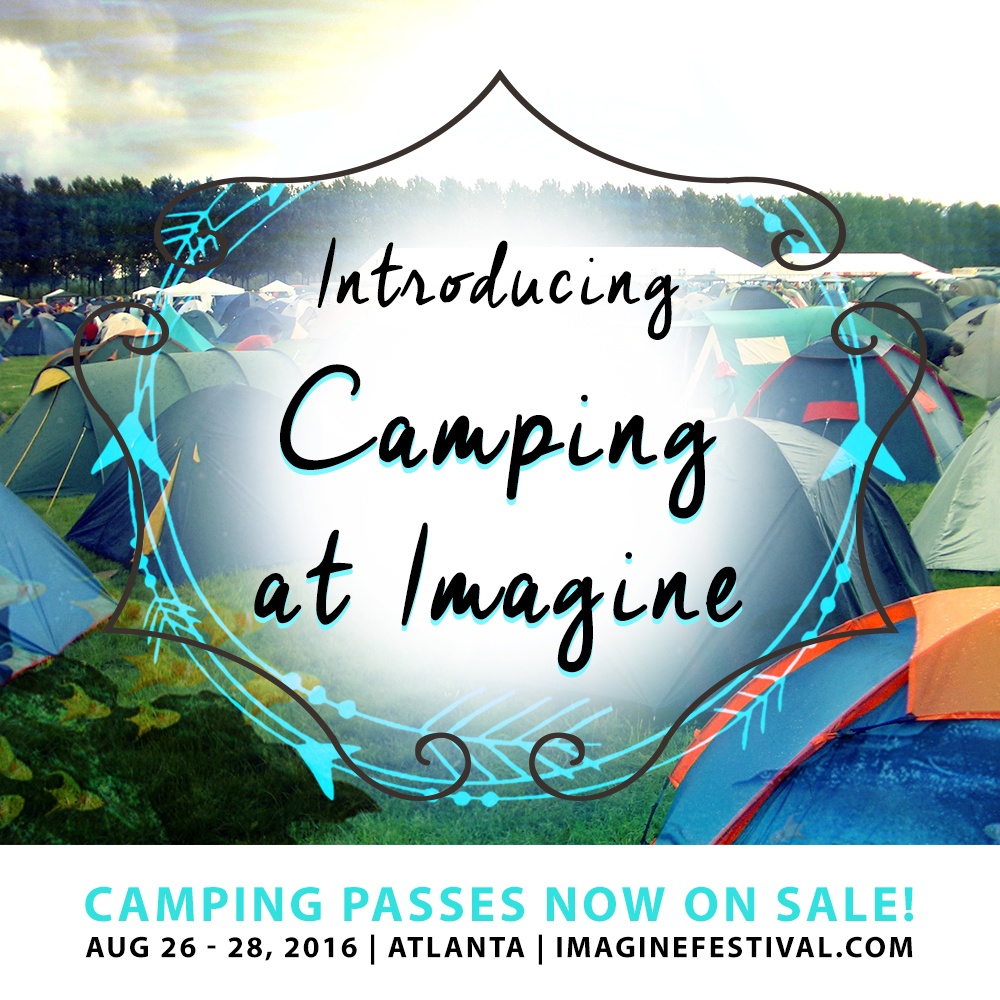 ATLANTA, GEORGIA – Coming into its third year, Imagine Festival has garnered worldwide attention as the independent music festival rivaling the world’s foremost EDM festivals. After announcing its progression to a three-day format, there has been much speculation and rumor surrounding the expansion and improvements of the festival for 2016. Today months of rumors are laid to rest as Imagine Festival officially announces the addition of camping to the Atlanta festival.

Imagine Festival is one of the few inner-city festivals fostering a close-knit community with festivalgoers consistently raving about the positive energy and vibe, often felt at camping events.

“Given our unique community and holistic atmosphere, adding camping felt like a natural progression for the festival that could only enhance the friendships made and adventures to be had.” Said festival organizers Glenn & Madeleine Goodhand. “We have always had a vision to bring more than just the best electronic music for the festival. We wanted to create an all-encompassing 360-degree sensory experience by blending music, circus troupes, performers, dancers, art, workshops, classes and more. Imagine is a well-rounded presentation of EDM striving for total immersion in the festival experience. The IMF camping element will enrich this experience exponentially and help generate even more beautiful memories.”

Camping Passes are now available to purchase as an add-on to the festival tickets, with prices starting at only $69. There are four camping packages available including GA Camping, VIP Camping, GA RV Camping (no hook ups) and VIP RV Camping (with hook ups). Both GA and VIP Camping are considered car camping with a parking pass included to park your vehicle at your campsite. All campsites feature lush grass fields, oversized camping plots, are in close proximity to the festival entrance, and will include unlimited use of shower and bathroom facilities with air conditioning and plumbing. More information regarding the campgrounds will be released with the official venue announcement coming soon.

Imagine will continue to build on its immersive aquatic fairytale with an abundance of performers, live acts, unique atmospheres, vendors and The Imaginarium’s variety of sacred teachings, ceremonies, and transformational workshops.

Expect the return of a carefully crafted lineup showcasing innately talented artists who pride themselves on unique production styles alongside euphoric live sets and world-renown heavy-hitters.

Announcements relating to the new venue, new improvements, and the 2016 lineup will be released soon. The festival is scheduled for August 26, 27 & 28, 2016.

Tickets and more information can be found at www.imaginefestival.com

AWKWARD-MAZING! Rita Ora walks out of interview when asked about Calvin Harris break-up