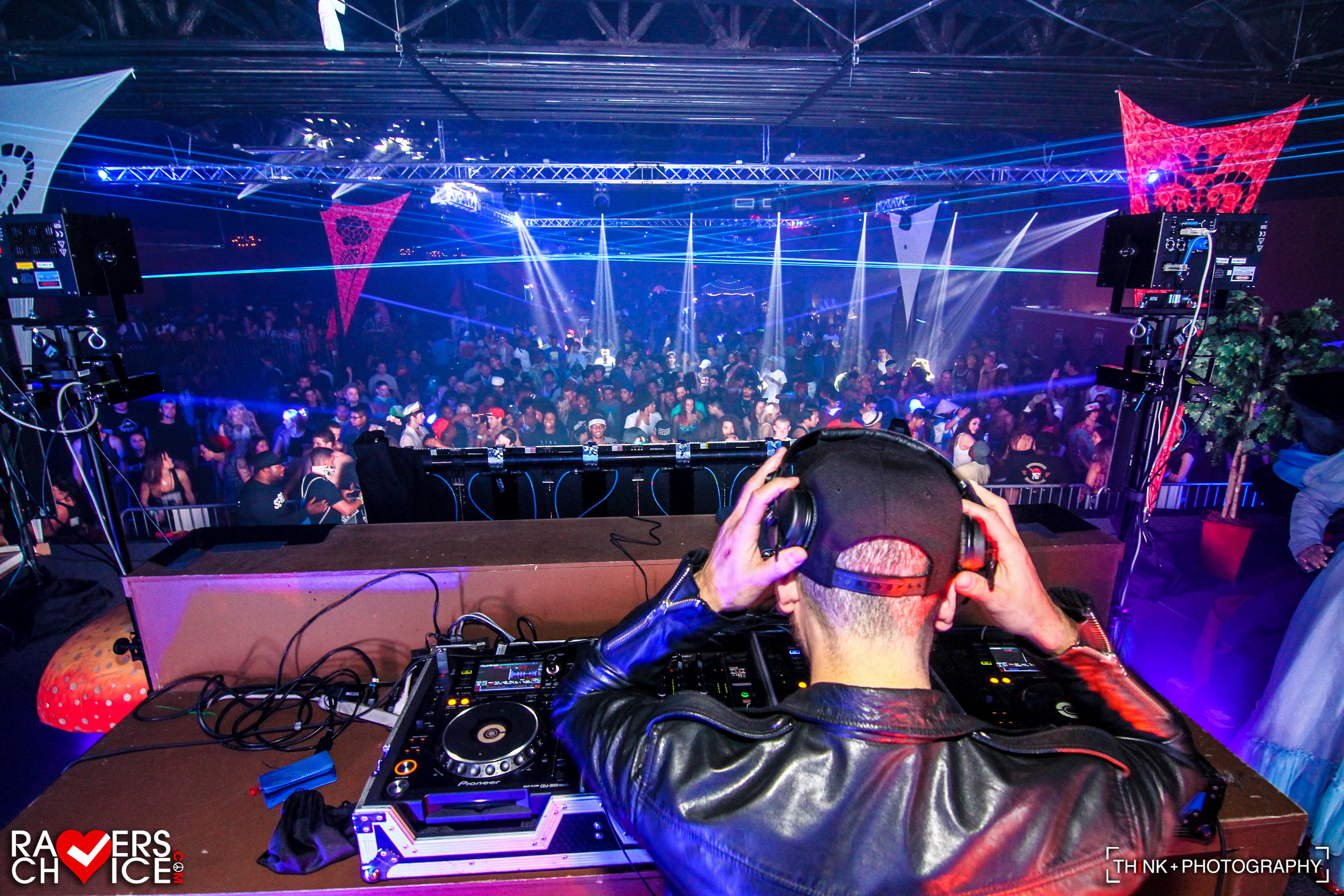 Kingdom Rave is back and it’s better than ever before. This was not only just a new edition of the well-known EDM event here in Atlanta. It was also the 20th installment, as well as the unveiling of an all new location. Since early last year, Kingdom Rave went through some changes, but definitely for the better. Not only that, it has been in several different venues including the infamous warehouse venue, Metro Lanes- Kingdom Rave fan favorite venue, then to Quad Atlanta for a few, and now their newest home, Live Oak Plaza in Norcross.

Kingdom Rave has also gone through some tough obstacles as well. In which a few were out of the hands of organizers, MJ, Phil Ferguson, and Frankie Sinn. Most would not be able to keep going on after dealing with the struggles these guys have had over the last 6 months to a year. But the group pushed on, and kept their eyes on the goal of bringing the biggest and baddest EDM event Atlanta has ever seen. One thing that has remained constant throughout all these changes and adversities are the fans, which have helped Kingdom Rave tremendously through the difficult times of finding a new home. Kingdom Rave has built a loyal fan base that is not just limited to the city of Atlanta, it is on a national scale. People from all over the south east as well as some other spots across the nation travel to come to this massive EDM event. That is not easy to do if you are just throwing a single night event. You must have a venue that supports upwards of 5,000+ people and a hard working team to pull it off. This new venue that is located in Norcross is absolutely the answer Kingdom Rave was looking for. Live Oak Plaza is actually a large shopping mall that can accommodate a huge crowd with its capacity at around 6,000. On Friday, May 1, 2015, Kingdom Rave Rebirth returned with a brand new home, a fantastic lineup, and an eager crowd. It was the moment that everyone had been waiting for since the announcement of an all new venue. The lineup offered a widespread spectrum of diverse genres in EDM including Melbourne Bounce, Electro, Trap, Dubstep, Deep and Future House, and even a little Hardstyle. Headlining this Kingdom Rave event were TJR, Grandtheft, George Acosta, Angerfist, and Ronski Speed. Of course, what would a Kingdom Rave be without a plethora of local and regional talent as well? The atmosphere was nothing short of incredible that night. The spacious venue included 5 different stages with their own special themes. The production and sound in the main room was among the best that I have experienced here in Atlanta. With that in mind, it comes as no surprise that the whole show completely exceeded my expectations. The crowd was absolutely beautiful and full of energy. Attendees had nothing but great things to say about the new Kingdom Rave. A loyal Kingdom Raver told me, “This is without a doubt my favorite Kingdom Rave so far, and I haven’t missed many so that’s saying a lot. I don’t care where they go, though. I’ll be there no matter what because I love Kingdom Rave!” Another spectator said, “I’ve been waiting for a Kingdom Rave like this since the one with Zeds Dead.” I also spoke with a person who claimed this was only their second time attending a Kingdom Rave event. She said, “I went to one back when it was at the metro lanes, and I was a little disappointed that they left there because I really liked it. But I will come back to Kingdom Rave as long as it’s at this new place. This venue is freaking awesome!”

The guys behind Kingdom Rave are not taking their foot off the gas as they are gearing up for yet another Kingdom Rave with Kingdom Rave 21: ATL HEAUX on August 7th, 2015. You can expect that the production and lineup will be even better than before with how well the Rebirth show went. If you were not able to make it out to Kingdom Rave: Rebirth, I strongly suggest you get your tickets to the next one. Tickets are at an extremely low presale price at a mere $25. That is probably the best price for an EDM show of this magnitude that you will find, especially here in Atlanta. It’s all about the experience for your buck; and Kingdom Rave has been able to accomplish that no matter what venue they use. Head over to Ticketfly and grab your tickets to Kingdom Rave: ATL HEAUX today and experience it for yourself so you won’t have to just take my word for it.

Rita Ora admits she wanted to snog Iggy Azalea at the VMAs, and talks...

March Of The Afrojack – Part I (Introduction & Growing Up) + Part II...