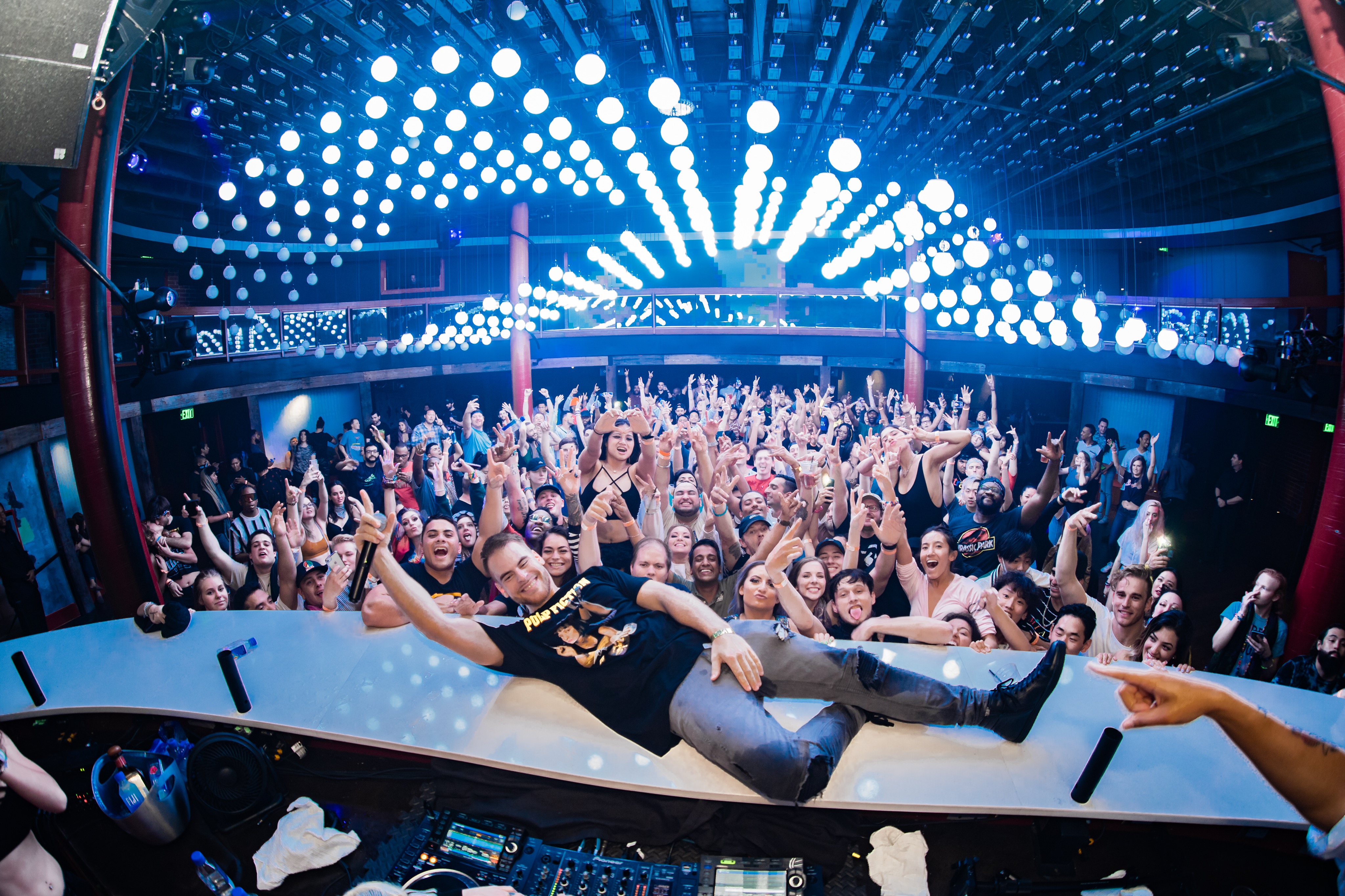 Within a couple of years Nitti Gritti reached incredible heights in the EDM industry. And it’s not without a reason. Nitti showed us that he could become anything, his style can’t be described as a one specific genre because he constantly breaks the rules and merges different worlds of one spectrum in his versatile and explosive sets showing us that it’s okay to be different. From his mellow and beautiful Ricky Mears project to playful and goofy Nitti Gritti one, Ricky was working hard to be where he is now. From rap, trap and dubstep to future bass and even poppy production for Enrique Iglesias, Nitti gets down to the nitty gritty with his producing. Ravers Choice got lucky to catch his astonishing performance at the District in Atlanta, and not only did this set surprised his fans with thoughtful production and unexpected drops but Nitti also brought out a special guest who made all Atliens go even harder.

In one of his interviews he said: “I just like to make a bunch of really cool edits and mashups,” “People expect one thing but then get hit with something completely different.” And that perfectly describes any set he produced so far.

Nitti’s energy is something that I look for in every artist: sheer, powerful and contagious, he goes hard along with his fans to his og tracks like “Crack” or “Money” that slap so haard live, as well as everyone’s favorite all time classics like “Everytime We Touch” by Cascada. Nitti can do it all because he knows how to entertain the crowd without being too mainstream.

And then a special guest appears. And it’s a wild Shaq! The crowd goes crazy cheering him on and waiting for some crazy fun to begin. And the “duo” doesn’t disappoint! The next thing you know- Shaq is starting a pit with all the fans accompanied by his new unreleased collab with Nitti(and maybe Eliminate?). The crowd moves back in anticipation of the drop… the pit opens and the moshing is on! Meanwhile Nitti is doing his signature “Dragon Claws” (lemme call it that, okay?) and headbanging on the stage, showing that hes always just as into his set as the fans are!

Then he drops his infamous 404 Bootleg (Hekler & Gladez – Hard In The 404 (Nitti Gritti Bootleg) and man this track is just ridiculous. His wild and unpredictable edits make this whole experience unforgettable. He throws some hard hitting house in the mix at one point with his remix of 4B’s “Whistle”, but then continues to melt faces, going from build ups such as RL Grime’s “Core” into drops like Excisions “Vault.” Trap heads and bassheads alike find themselves headbanging together, wondering what kind of combination of bass they’ll be receiving next. The entire room is raging!

But of course everyone is anxious to hear his “Lights” remix. The track that put his name on the map. The one that brings the bittersweet ending of his, and dozens of other DJ’s sets, sending the crowd on a nostalgic trip, closing their eyes and singing along. Beautiful San Holo’s tune combined with Kanye’s “All of the Lights” followed by the most melodic, beautiful future bass drop of “Lights” makes you wish this moment would last forever. But it’s over. The crowd chants one final “Nitti Gritti” and the lights turn on. This was a total blast, a night some may not remember, but surely they’ll never forget.