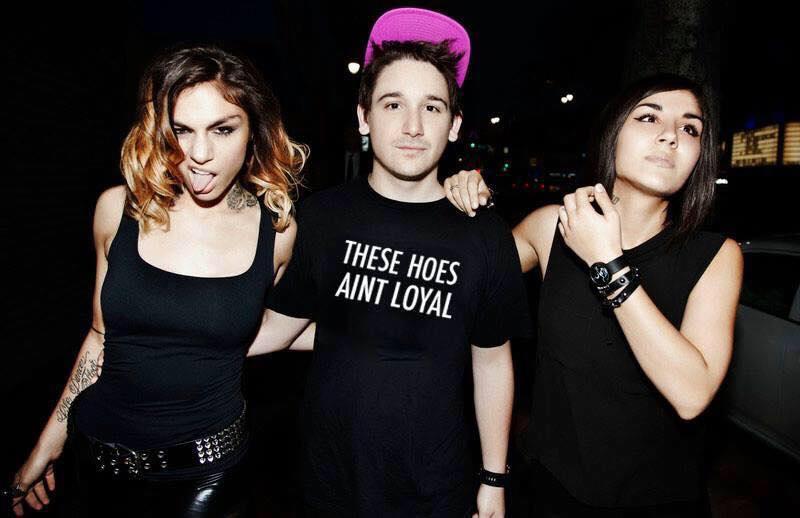 News broke yesterday afternoon from The Hollywood Reporter that Kris Trindl, otherwise known as Rain Main, has left Krewella. According to the report, he is also suing the group for up to $5 million in damages. We have not heard anything from the Yousaf girls just yet. From the looks of it, Rain Man was put through a lot according to the lawsuit. Trindl claims that Yasmine and Jahan did not like the fact that he would not party like he used to, and they mistook his sobriety for “depression,” and started making plans to kick him out.

Krewella’s success skyrocketed from beginning of 2012 to the beginning of 2013. According to the lawsuit, “Kris and the Yousaf sisters were public about their drinking and partying, posting on the Internet video dispatches from the road that only served to stoke their popularity with an ever-growing worldwide fan base.”

Another quote from the lawsuit states, “Kris used alcohol to try to cope with the pressure,” his lawsuit states. “By late summer of 2013, he knew he had a drinking problem and checked himself into a detox program and then a 30-day rehab program.”

The lawsuit continues, “But the Yousaf sisters didn’t like the new, sober Kris, who took care of business but did not party or drink anymore. “They thought he was depressed, although he explained it was just part of the recovery process.”

From further reading through the lawsuit, it seems as though Trindl believes that the group had conspired to remove him from the group now that they had fame and money. It further states that they could have just hired in new help to produce tracks since they had to split one third of the money with Kris. All signs are pointing to greed and money as of late. Another quite disturbing quote from the claim was that, “It was not Kris’ health or sobriety the others were thinking about, it was all about keeping him off the road so Jahan and Yasmine could establish themselves to live audiences as a duo without Kris, so they could eventually erase him completely from Krewella and reap greater financial rewards.”

Later yesterday evening, the Yousaf sisters took to Facebook to respond to the fans about this whirlwind he said, she said legal battle. Here is their post on social media below:

As of now, it is going to be a long waiting game before the real truth comes out on what actually happened between the trio. I am not taking any sides until I see proof of what happened. In retrospect, we somewhat saw something like this coming for a long time now since Rain Man had been absent for multiple shows and festival performances. Maybe this could be the best thing for both sides. Krewella could either do better or worse depending on how much the sisters want to go further. For Rain Man, he is a great producer, and I’m sure he will find his way very soon. I think that he could go solo and do an awesome job as a DJ/producer, and I know that I am not alone on that thought. The sad part about a break up such as this is that Krewella will ultimately lose some fans. The girls will have a lot of work ahead of them since they will not have their star producer anymore. This is where the true talent will show as these next few months unfold for Krewella and Rain Man.

Made In America Philadelphia In Words & Photos