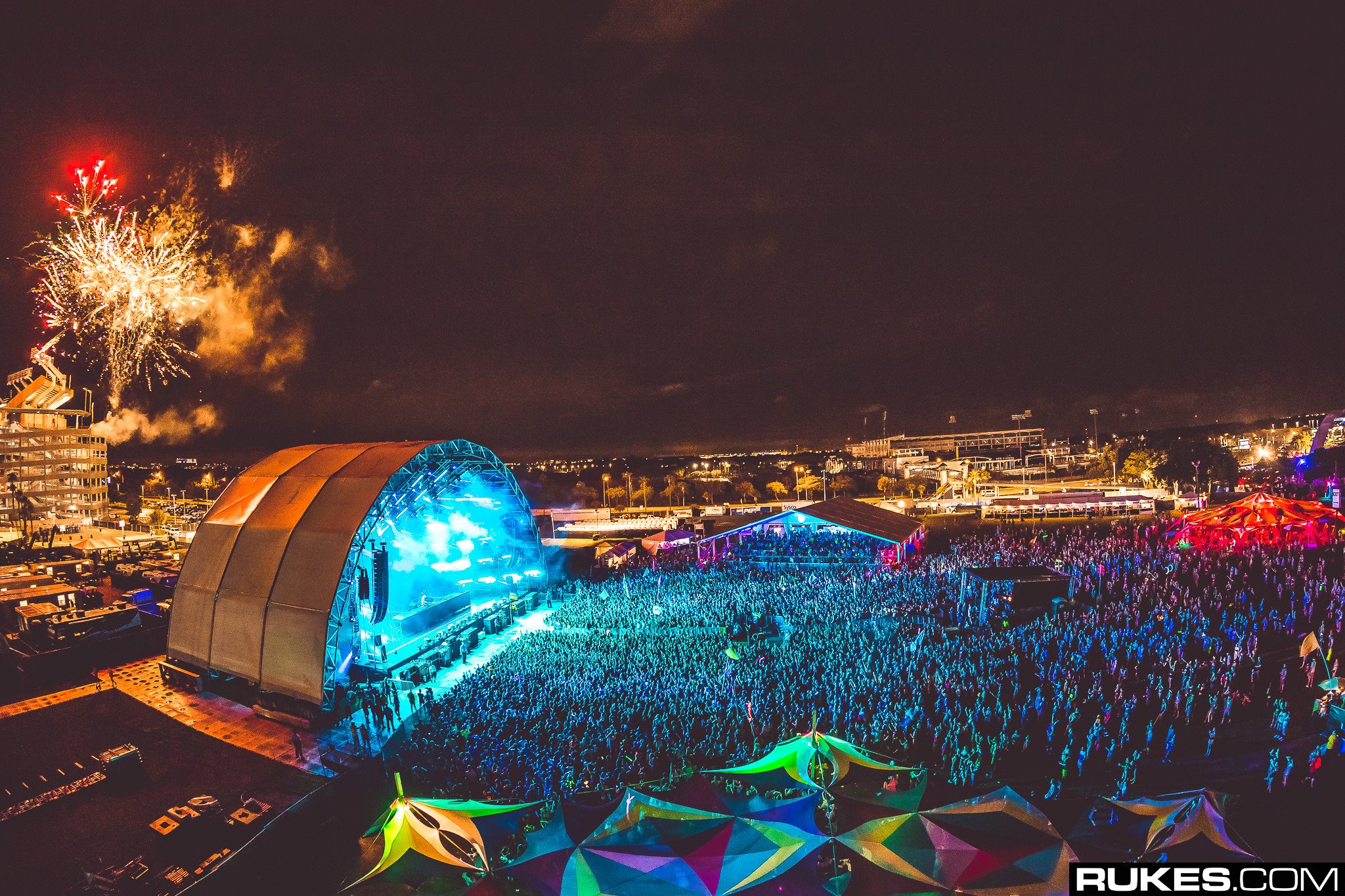 Tampa, Florida – Memorial Day 2018 did not go quite as planned for the Tampa Bay Area, or those EDM fans attending the 6th annual Sunset Music Festival. Those watching the weather for weeks leading up to the festival were optimistically hopeful that the festival would go on, and fans would dance the Memorial Day weekend away with their closest friends and the finest of dance music hits from a heavy-hitting lineup from Disco Donnie Presents and Sunset Events.

Toward the end of last week, the weather was looking very unpromising, and local meteorologists were calling for an absolute washout from the looming Tropical Storm Alberto. Saturday showed signs that the weather was not in the favor of the SMF fans, but luckily the storm held off as day one progressed. The status for the weekend was still up in the air as the rain began to pour in spots all over the Tampa Bay Area throughout the evening. Fortunately, the rain was vey spotty, and the festival did go on for day one.

Fans were graced by an onslaught of talent on the main stage with some highlight performances from the night by Slander, San Holo, NGHTMRE, Rezz, and Marshmello. Rezz really stepped up by jumping in and taking care of business as a late addition to the bill due to some early lineup changes. Rezz treated fans with her unique hypnotic bass style with those elements reminiscent of those classic industrial sounding electronic bands of the 90s. This was without a doubt a takeaway performance from the one good day we got out of Sunset Music Festival 2018. Over on the Horizon Stage for the special All My Friends (AMF) Takeover, headlined by Destructo, a big party of its own was brewing. From Habstrakt, to AC Slater, and a special hip-hop set from Yo Gotti, to Anna Lunoe, and the one and only Destructo, there was not a shortage of groovy dance floor heaters during the AMF Takeover party on day one. One of the highlights of the night was the special All My Friends B2B Session. For the last half hour of Destructo’s set, Wax Motif, AC Slater, and Anna Lunoe joined Destructo on stage for a massive b2b session to close out day one. This special b2b moment properly concluded a great first day to SMF 18. Photo by: Oh Dag Yo
Photo

Another great addition to SMF was the Corona Electric Beach Stage provided by the festival’s main sponsor Corona Extra. This dome covered side state nestled between Eclipse Stage and Horizon Stage. The sand covered dance floor and bamboo encased stage was the setting for some house music heaters like Dillon Nathaniel, Ardaland, Golf Clap, and closing out the stage was Anna Lunoe. All of those who were skeptical about the SMF lineup lacking in the house music realm were hopefully pleasantly surprised with the amount of house played that day at the Corona Electric Beach Stage. Unfortunately day one was all that Tampa would be able to experience, as Tropical Storm Alberto made his way further over the state of Florida, and Tampa officials along with Gov. Rick Scott issued a state of emergency that resulted in the cancellation of day two at SMF. For those fans that were disheartened about the festival being cut short along with everyone’s fun time, SMF had no other option but to cancel day two. A state of emergency will cause any outdoor event to be shut down without hesitation. It was really discouraging knowing that the weather was actually nicer than day one after about 3 PM, but that’s a debate for another day.

Sunset Music Festival issued a statement Sunday afternoon apologizing to fans that they had to cancel the rest of the event. This was totally out of the hands of those in charge of the festival. This had everything to do with the tropical storm warning issued, and the Governor of Florida, Rick Scott, calling for outdoor events in the effected areas to be shut down. Fans were certainly upset, and social media was hot with folks expressing their disappointment in the cancellation. However, Mother Nature and the city officials have the final say in whether or not a festival can go on. Unfortunately we were all on the short end of the stick when it came to SMF. All we can say is, be patient and hope that SMF can make up for it and provide another fantastic festival in 2019.