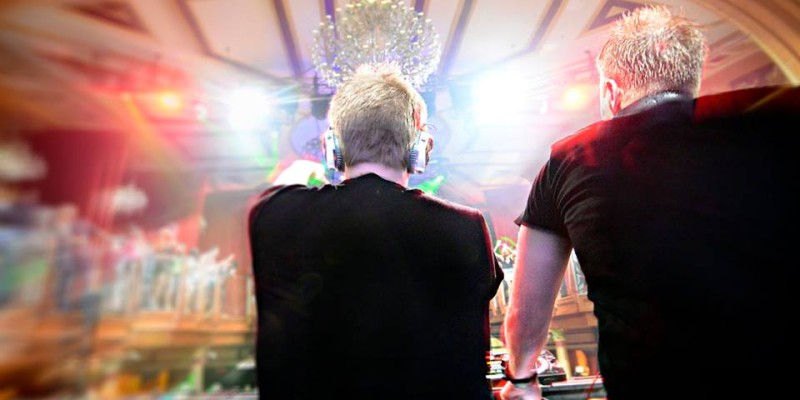 The Sound of Tritonal

Sure, every artist plays other artists’ music, but one of the greatest and most admirable features of the duo Tritonal (Dave Reed and Chad Cisneros) is their ability to mix popular songs with original productions of their own, and in the process, give it that distinct Tritonal feel that many seasoned DJ’s and producers lack.  It isn’t House, it isn’t Trance, it’s Tritonal. Much can be attributed to their disinterest for the typical “party lifestyle” which they replace with concentration for providing the perfect performance.  This precision and dedication had Tritonal fans preparing weeks in advance for an experience they would remember for months to come, and they were obviously not let down. Friday night wasn’t just a performance, or another show to attend, it was an experience, an interaction between dance music fans and Tritonal themselves; a literal extension of their heart and soul to the dance floor of Opera. Throughout the night, from the very first drop to the much anticipated finale and climax closing of their set, Dave and Chad had a smile on their faces that lit up the dance floor and the hearts of their fans.  This key factor combined with their love for what they do, harvested the ears of many listeners and dance music fans alike, creating a kind of “happy place” or “oasis” in a spiral of sound that can only be deemed as a Tritonal Experience. Possibly the most intriguing part of the experience was the point at which Dave and Chad began to jump and raise their hands to the music as if the sound was literally connected to their bodies and they were guiding the energy directly towards the crowd like two maestros directing an orchestra of dancers. The satisfaction and joy in the atmosphere of Opera on Friday night, reflected on the many faces of the fans as the night came to a close and Tritonal ended with one of their most mind blowing remixes.  Tritonal composed a classic and timeless experience for the ears of Atlanta, one that will remain in the hearts of all who attended and instill a new anticipation for their return unlike any performance before.

Rita Ora DOES NOT Want To Talk About Calvin Harris Anymore! See Her Stomp...