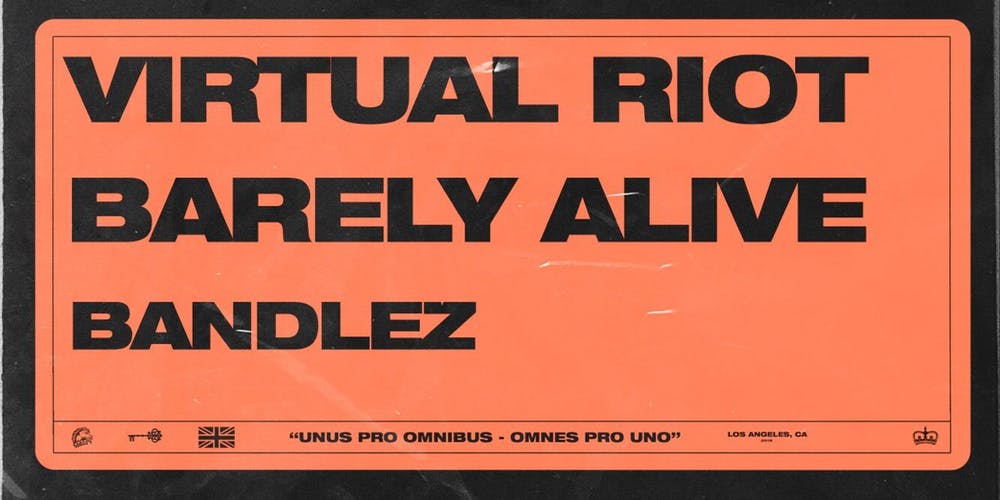 If you happen to follow closely the Disciple Boys like I do, you should know that the crew had some fun times at the “Disciple Camp” that was happening this past week. Boooi, these guys not only know how to produce bad ass music but also how to have some ridiculous fun. This weekend Atlanta has been blessed with a Disciple Takeover show at Believe Music Hall. Virtual Riot, Barely Alive and Bandlez are planning on bringing a total destruction to Atlanta with their almost obnoxiously heavy dubstep and bass tracks that every veteran basshead knows.

Valentin Brunn, known as Virtual Riot, is an astonishing producer who knows how to do it all. From spotless production to releasing his sample packs that a loooot of other DJs play with, he’s got something for every fan. His ability to effortlessly blend the genres is what so amazing about him. From gnarly dubstep to energetic drum & bass to occasional euphoric tracks that would get you in the feels this German Kumpel is sure an act to catch (if you still haven’t seen him).

Barely Alive is in no way inferior to Virtual Riot in this dubstep race. As his German teammate, Barely Alive has been on the scene for a good minute. It might come out as a surprise for you that Barely Alive is actually a duo, since Willie is the only one touring and wearing a crazy looking helmet. Barely Alive with their variety of versatile vicious dubstep tunes that literally make their fans crack their necks while headbanging (google it) and floor-crushing bass lines won’t leave any fan indifferent.

Next up is Bandlez. The duos story is almost movie-like: two kids met on a bus and instantly clicked over EDM music. How cute is that? After a few successful releases the duo got signed to Disciple. Now Bandlez is repping the record label with ‘em bois. The duos tracks vary from weird wobbly and wonky tunes to some serious crunchy dubstep and riddim-esque tracks that would make anyone lose their mind in a mosh pit.

System Of A Down’s Serj Tankian Does An EDM Track With Benny Benassi, Hear

Interview With Jon Spero of Terravita

Calvin Harris Is Making How Much?!