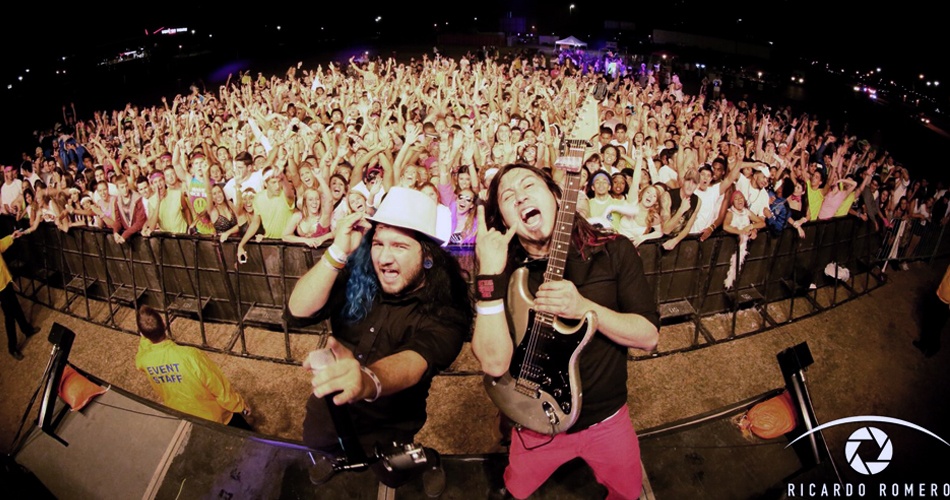 A shocking turn of events at Backwoods Camping & Music Festival in Oklahoma City, Oklahoma, has caused the duo FYER to withdraw from performing at the festival today. The group reported via a Facebook post that the duo’s artist and film crew was assaulted by overly aggressive security officer upon leaving the festival grounds Saturday night.

“This assault culminated with the FYER tour manager being sliced on the arm with a blade wielded by said officer, requiring hospitalization in the ER and several stitches. For this reason FYER believes it is best to withdraw from today’s performance.”

According to the post, there was also camera footage of the alleged attack. As for now, the video is being withheld per legal council. This is something that an artist or crew members should ever have to endure, and quite frankly, completely unacceptable. Security is paid to do one job, and that is to ensure the safety of everyone in the festival. For one thing, what in the hell is a security officer doing inside a music festival with a weapon such as a knife in the first place? That’s something that should never happen at all. No one should ever have to worry about being assaulted by someone who is paid to protect.

FYER has every right to be upset and retract from playing at this festival. The safety of the artists and crew members are top priority no matter what. Festivals really need to do a better job with making sure that their employees are actually going to do their jobs, and not physically attack people for no justifiable reason. Backwoods Music Festival is very fortunate that this attack did not result in any further injury or death to the victim or anyone else involved. We truly hope that the festival takes responsibility for these actions by its security staff. This person is clearly dangerous, and should not be in charge of the safety of festival goers and artists.

Unfortunately FYER will not be performing today at BackwoodsFestival as previously scheduled. Last night upon leaving…