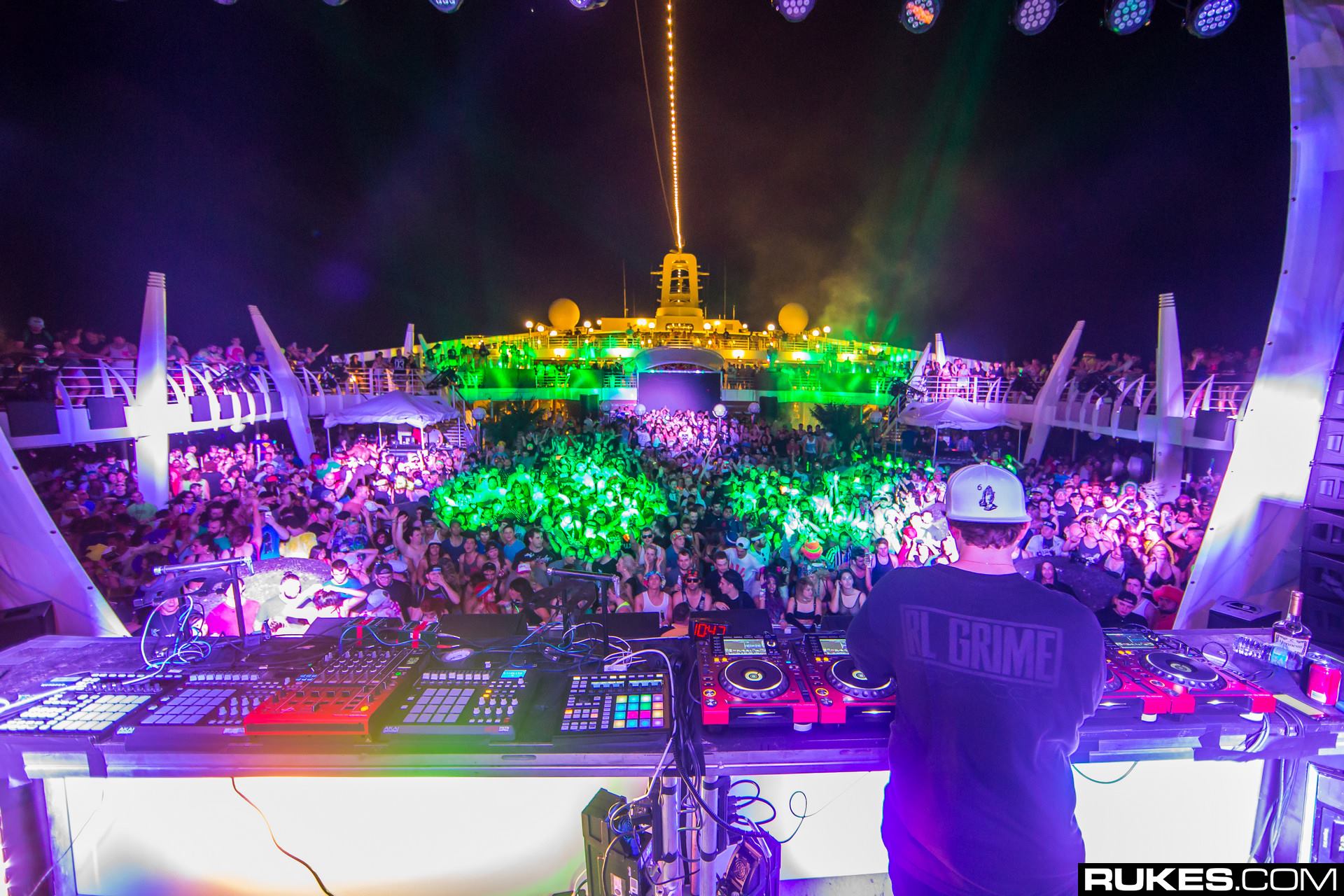 Holy Ship!, the floating raver’s paradise, is one of the most unique festivals to hit the music festival circuit since its debut 4 years ago. Created by HARD Events founder, Gary Richards, aka Destructo, along with the help of Cloud 9 and The Bowery, it is a festival like no other. This 3-day EDM festival which is on a luxury cruise liner, houses up to 3,000 ravers and has a mind-blowing lineup consisting of the biggest names in electronic music to date.

Holy Ship! also has one of the most tight-knit following out of music festivals around the U.S. known as #shipfam. This extended rave family is pretty much exclusive to the rest of the EDM world. Not just anyone can call themselves #shipfam, you essentially have to be inducted to be considered part of this group. Now there is a little trouble in paradise for #shipfam and things are not looking so good for some of its members. Last Friday afternoon, June 6th, news broke that HARD’s partner, Cloud 9, had been allegedly “spying” on the secret group page for the festival. A few of the shippers received a letter sent from Cloud 9 which contained some very unfortunate news. Shippers were being notified that their reservations had been cancelled, and that they were permanently blacklisted from future events. This story was first brought to our attention by THUMP, and the news began to spread like wildfire all over the interwebs with tons of mixed emotion. Here’s an excerpt of the message from Cloud 9 to recipients: “We were very disappointed to see your recent comments in a Holy Ship! group page on Facebook – your posts have been documented and brought to our attention.” The organizers, like every other major festival organizer, enforce a zero-tolerance drug policy and, “public remarks made about bringing illegal controlled substances onto the ship and in effect crossing a national border with contraband” prompted the cancellations.

Although none of these letters to the accused #shipfam contain any signature nor involvement of HARD’s CEO, Gary Richards, or HARD Events itself, the group is calling on both Gary Richards and HARD for comment on the matter. There are no statements that have been made on the subject from Richards at this time.

Some disgruntled #shipfam were upset with the harsh and judgmental tone the letter contained as well. The message further reads, “This will serve as a wake up call to you and others who think this type of behavior is acceptable. Perhaps this has prevented something with harsher penalties from happening. The fact that you were not caught or arrested for your actions will hopefully soften the let-down of not being allowed to ship with us in 2016.” It explains at the end of the letter that, “If you were pre-booked for HS 2016, a refund of $250 has been issued.” With all of that being said, here is my take on this rising issue of what is shaping up to be #ShipFamGate2015. It is 2015, folks, and social media has never been nor will it ever be a private safe haven! Even though you belong to a secret Facebook group, that possibility of a snitch or narc is almost certain. You really don’t know who could be lurking in a secret group that could screen shot anything you post, and bring it outside of a group. I have personally seen this happen in various secret groups on  social media in the past. Another thing to remember is, once you post something online, it is going to be out there forever regardless if you delete it afterwards. Talking about drugs in any fashion whether it be buying, selling, or smuggling on social media platforms is really not the best idea ever. Looking at it from an organizer’s point of view, they [Holy Ship! promoters] are simply attempting to cover their own asses by barring members for making drug references on a forum that is associated with their event. At the end of the day, these guys are a business looking out for themselves just like any other business would do. Regardless if the promoter’s actions seem harsh, they apparently want to send a strong message to other people planning on attending via scare tactic.

Keep in mind that drug charges are taken a little more seriously when taken aboard a cruise liner. If drugs were found on the vessel by law enforcement, it is considered by law to be smuggling drugs across borders and international waters. That is a much harsher punishment in the court system than just a possession charge on land. The organizers of Holy Ship! would probably much rather ban some people than have the possibility of dealing with an international drug trafficking court case. Let’s not forget the unfair RAVE Act (Reducing American’s Vulnerability to Ecstasy) still exists! This allows the government to imprison property owners, organizers, and promoters for up to 20 years in federal prison and slap them with a $250,000 fine as well. A business can be held responsible and prosecuted by the government for drug related crimes committed by its customers even if the business itself has nothing to do with said crimes. With that in mind, could you blame the promoters of Holy Ship! for banning members due to them mentioning drugs on the internet? Absolutely not! In fear of going to prison for that long as well as getting fined a quarter million dollars, you better believe they will not even hesitate to prevent any chance of that happening. On the other hand, the main argument that could be used in defense of the blacklisted folks is this useful piece of knowledge: Posting something on social media actually does not prove any intent. Posting on social media is often ruled as freedom of speech via expression. Thus, posts on social media cannot possibly show any true intent whatsoever, regardless of how serious the posts may seem because it is simply freedom of expression. That being said, if some of these Holy Ship! attendees were referencing drugs on social media, it could merely mean nothing at all. There is no actual proof of the action being carried out because it has not even occurred yet, it’s just a statement at this point. Even though there is no legal action being taken on either side, you could say that these people are innocent until proven guilty. Posting on Facebook is actually not a crime, and they have not actually carried out whatever it was they posted to get them banned in the first place. The #shipfam were simply practicing their given right of free speech via expression without any real intention of participating in illegal activity such as smuggling drugs across international waters. To further understand this point, refer to this recent Supreme Court case. It was the first ever Supreme Court case to address freedom of speech on social media.

Looking at this issue with an unbiased opinion, both sides of the argument raise valid points. This could be a unfair punishment for someone expressing themselves with their freedom of speech; or this could mean that the attendee speaking of drugs on a forum related to Holy Ship! is in violation of the organizer’s zero-tolerance drug policy. Either way you view it, my advice is simply this: Do not discuss controlled substances in any way, shape, or form on social media outlets. That way you stay out of situations like these poor shippers have put themselves in. Especially if the very social media outlet you are part of has an association with the event in which you are attending. You truly don’t know who might be watching your every move online. One of the biggest questions that is being asked is, just exactly how did Cloud 9 obtain such info that these people were discussing on a secret page? Could this mean that there is a snitch(s) among the group? Or could this mean that the Holy Ship! promoters are actually spying on the group page’s members like it was originally thought? We will probably never find out the truth unless someone fesses up. Moral of this unfortunate story, discussions about taking or smuggling drugs on social media is not smart at all; and it is the easiest way to get yourself banned from having the time of your life on an amazing festival cruise like Holy Ship!.