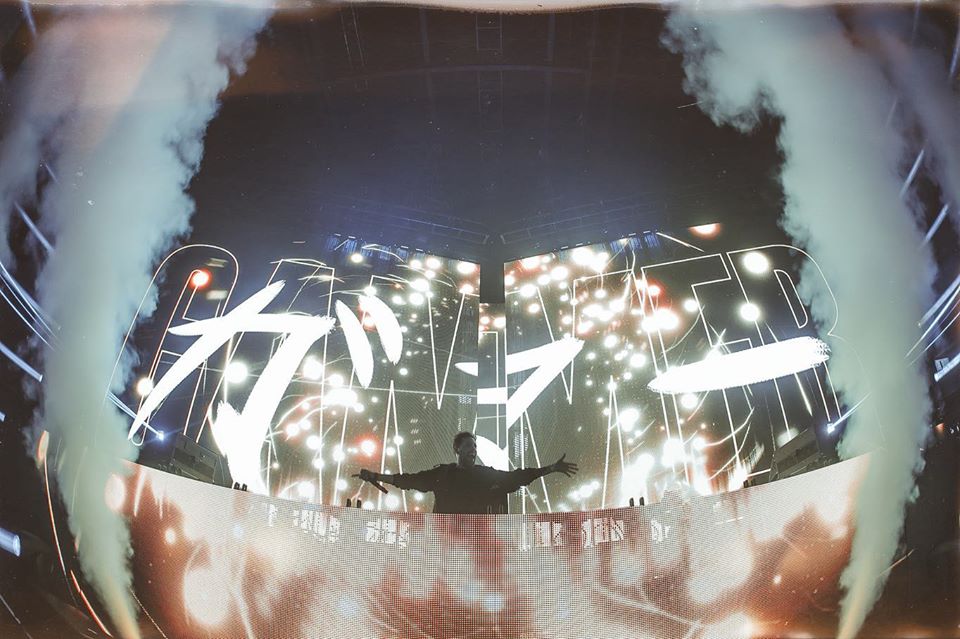 (Atlanta, GA) – Two words: Happy Hardcore. If the name Gammer doesn’t immediately pop up in your head when you hear these words, well you might want to go check him out. The UK producer is a walking incarnation of the genre. 6 times “Best Hardcore DJ Award” winner, Gammer is an insanely talented, versatile and simply fun to watch DJ. His music makes you want to jump, dance and completely lose it on the dance floor.

Aside from Happy Hardcore, he proved his versatility with his hit track “The Drop” which was played by the top DJs at festivals all around the world in 2018, while the man himself was humbly producing new bangers. His sets are always full of unexpected drops, fun twists and his own flips. From happy jumpy tunes like “Burning Up” with the pioneers Dougal and Darren Styles to Parker’s fun remix of an all time classics “Everytime We Touch” by Cascada to his insanely popular flip of Ran-D’s Zombie remix, Gammer knows exactly how to deliver while staying true to himself. Ravers Choice got to sit with Gammer before his show in Atlanta and chat about his relationship with the music, praise for Space Laces, and his favorite anime.

RC: Let’s start with the basics. Tell us about your relationship with music. How did your journey start?

Gammer: Oh gosh, that’s a big question. I always wanted to do music ever since I was like five years old. I guess. I just, uh, I remember like listening to… working around, listening to Michael Jackson a lot on my Walkman which is like a boomer Spotify player.

RC: You think we don’t know what it is? You think you’re that old?

Gammer: That’s, yeah, that’s exactly what i thought haha a thing. So I would listen to this music and think, “Damn this makes me feel good. I want to do this.” And then I’d see DJs on TV when like Fatboy slim sort of blew up. I’d see him DJ and I didn’t know what he was doing, but I thought, man, that looks cool. And so I was pretty set on being heavily involved with music from a young age and that never really wavered.

RC: That’s awesome. Who were some of your influences when you started and who/what do you look to for inspiration now?

Gammer: When I started, Michael Jackson was the obvious one. Peter Gabriel was a big influence and then when I sort of discovered rave, Scott Brown was a big one. Scott Brown used to make some incredible euphoric hardcore and that just really flipping did it for me. These days it’s kind of like, it’s a bit more eclectic. I’m a massive Justice fan. Love Porter Robinson, Kanye, you know, for better or for worse as always. I like his sort of abstracts arrangements and the way he sort of executes ideas. Just like anywhere really, you know?

RC: That’s awesome. Who is your favorite artist that you would love to collaborate with?

RC: Any newcomers that caught your attention whether its a hardcore artist or a dubstep one?

Gammer: This is one of these questions I know the answer to until it’s asked. And I’m like, Oh…

RC: Oh, that’s really funny because every interview we do, people just draw a blank on this question.

Gammer: Oh, f*ck. Callum Higbee is a fantastic hardcore producer who is definitely doing some damage right now. Jesus Christ, this has completely alluded me. I’m totally out of touch. Eliminate! Eliminate because eliminate makes dubstep and trap. That sounds like you’re slapping your lips together, but it works really well. He’s very talented. He makes me want to eliminate myself and give up.

RC: Oh, no, please don’t say that. You take time producing spotless quality tracks, tell us about your creative process?

Gammer: Okay, so what I do is I boot up, I load up my computer, I try and start an idea. I spend the next five weeks convincing myself that I’m useless and can’t do anything right. And then the track’s done. I think one of my problems these days is, there isn’t so much of a process. I’m just frantically throwing things down and trying to make something happen. Whereas genuinely what I like to do is like get some chords and vibe out and just see where it takes me.

RC: What about your last track, ‘Brostep Step Strikes Back’?

Gammer: I wanted to make something that sounded like old Skrillex, just screechy ridiculous nonsense and it’s, it’s just so like, I wanted to do something with a lot of the obnoxious mid range because like dubstep hit a point with me where it’s great, don’t get me wrong, but I feel like tonally it’s all gone tonally and sonically, to me, since I’m not deep in the dubstep scene myself, it’s a bit gotten a little indistinguishable. So I just wanted to do something that you can play on like the worst sound system and you can’t hide from that. *making crazy noises* I love it. Also the vocal chops, I don’t know. It’s fun.

RC: EDM trends are constantly changing, one minute you’re super into heavier stuff and then you switch to fast and lighthearted tunes. Is it hard to keep being true to yourself and producing the music that you want to produce instead of following the trends?

Gammer: Sometimes, yeah, sometimes I get caught up in the kind of the race of it all. But honestly the whole thing is to just remind myself that I’m making what I want to make and if people like it or not, that’s on them. I can’t like spend my whole career trying to cater myself the trend you know? Because I just end up miserable which has happened. So, yeah.

RC: So, the dubstep styles you produce tend to have this classic old school Bear Grillz, Eptic, or Barely Alive sound to them. Who are some artists, old or new, that you find inspiration from when you’re creating a heavier track?

Gammer: I mean, that’s Eliminate again, that’s like a free advertisement. I like Eliminate, Eptic, just some fun bounces. Oh God. Anything by space laces. Oh shit. Oh my God. Yeah, because… F*cking… Excuse my language.

Okay. Space Laces actually, that was the name I wanted to say earlier. Anything he does, anything immediately grasps my attention. It’s so like chunky and thick and just it sits in its own lane, you know, anything by space laces just blows my f*cking cock.

RC: Awesome. From the old days of pressing on vinyl to currently streaming on Spotify or SoundCloud, what are some of the negatives and positives that advancement in technology and social media have upon artists?

Gammer: I mean, over-saturation is the obvious one, but you know, it can’t be helped, you know? So the big challenge I guess for what I try and do when I release music is try and make tracks that each have… Every track has its own identity and stands out on its own merit. So that hopefully I make music that turns people’s heads rather than just going down the “what’s popular? I should just make that.” I think that’s kind of what the “difficult” is. Where I come from, a background of “I could just make like straight up 50 songs that sounded the same, press them and like cash in on them.” Now I have to sort of be a bit more conscious, which is a good thing. And yeah, just try and make shit pop. RC: Yeah, absolutely. What is a “must do” when you arrive home after being away for a long period of time? Do you have any family traditions after a lengthy tour?

Gammer: Yeah, I’ve got this new weird tradition of spending time with my kids. I mean it’s not like the “2019 traditional vibe”, but you know, they’re pretty fun. I like that. Nah, I love my kids. Oh, the first thing I do is go see my kids and spend time with them. And then I’ll go home and I crack open a cold, slightly flat, sparkling water. And I usually play like Tekken or Dark Souls or something for hours. And yeah, I would unpack. You know, sometimes I don’t unpack for months and it’s crazy.

RC: Do they help you to unpack?

RC: Does your internet presence match your actual personality?

Gammer: What do you think?

RC: So far you’ve been really reserved in this interview.

Gammer: Oh, okay. It depends like what scale my autism is operating on any given particular day. Right now I’m kind of tired and I’ve literally come from the hotel room, like working on my Palladium show. So I’m a little bit like, I guess vacant, but…

RC: Oh actually, we got the tickets to the Palladium show to support your kids. We can’t make it, but you know.

Gammer: Thank you. I mean I want to clarify. I could feed them, but my Supreme and Balenciaga doesn’t pay for itself. And you know, they got healthy metabolism so they can go longer without meals. Yeah.

RC: All right. I’ve got one more question for you. So I’ve seen that you were watching JoJo’s Bizarre Adventure recently, what is your favorite anime?

RC: Awesome. Which of your songs would you choose as an opening theme?

Gammer: Oh, God. Holy shit. That’s a really interesting question. I don’t know, maybe “Zombie” just cause it’s fast and kind of nuts, you know, I see the Japanese getting down on that.

RC: All right. Thank you so much.

Gammer: It’s been a pleasure.

Liquid Stranger Pulls Out All Tricks and Treats On Halloween