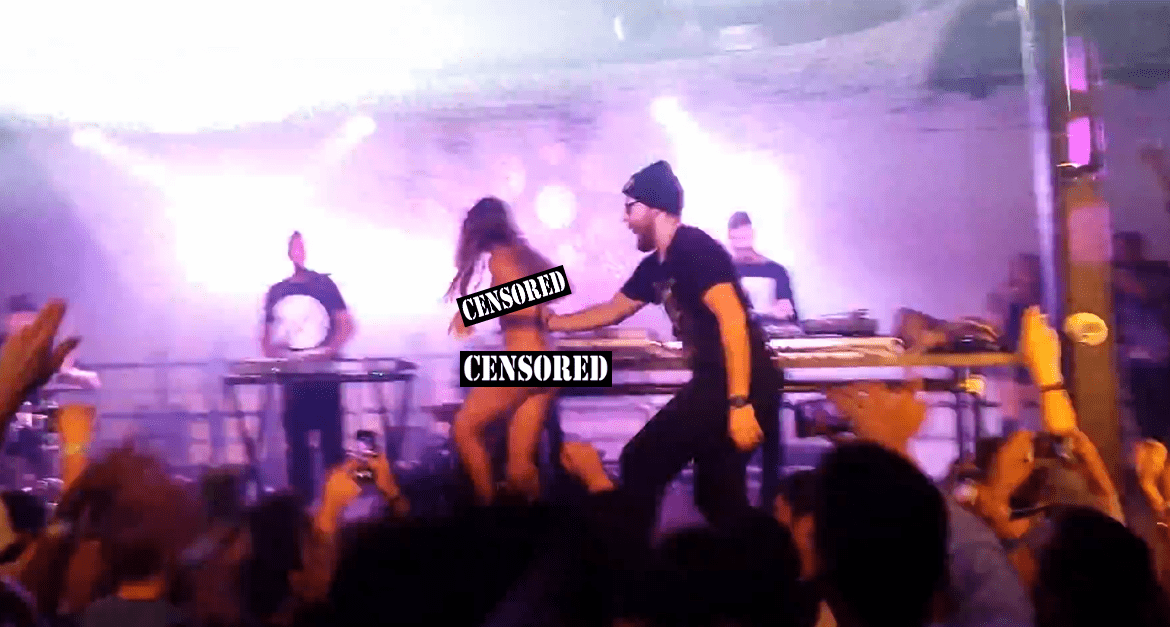 On Saturday night at District 3 in Tampa, Florida, an overly enthusiastic girl was caught on video jumping up on stage, completely naked, during a Keys N Krates performance. I have been to hundreds of shows at many different venues, and I can honestly say that I have never witnessed a hot girl getting naked and running on a stage during a set. Let’s face it, streaking happens all the time, mainly during sporting events where the streaker gets a short lived shot at fame before they are body slammed by a security guard. Almost every time there is a video of a streaker, it’s typically a male that is the culprit and never a female, especially an attractive one at that.

In the picture below, you can see a smirk on DJ Jr. Flo’s face as the streaker attempts to jump on his back as security rips her away. In all honesty, who wouldn’t crack a smile in this situation where an attractive naked girl tries to jump on you mid-set? Below is the video of the streaker jumping on stage and being chased by security. It seems as though all she wanted was a piggy back ride from Keys N Krates’s DJ, Jr. Flo; or perhaps she just really wanted to be naked in front of hundreds of people. Either way, this made for a great discussion piece, unless you have something better to do on a Sunday afternoon. The best part of this video is how she attempts to elude security by crawling under the decks. It’s safe to say that girl’s life will never be the same after last night’s debacle.

My Epic Tomorrowland Proposal With Monstercat