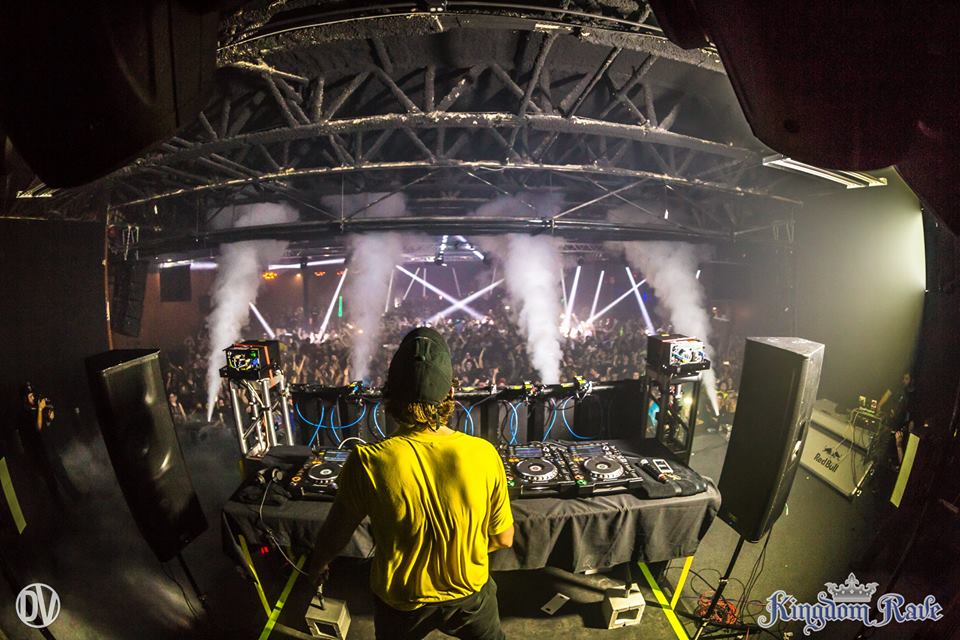 Last Friday, Henry Steinway, aka R.L. Grime, took the Imperial Ballroom to ‘a galaxy far far away’. The hype was intense inside the plaza and it seemed like everyone was eagerly anticipating his set. The venue was packed out from back to front, and the production made it feel like we had somehow made it on the next space ship to the moon! Grime threw down his best yet, opening up with an intense build up and a dark stage. Needless to say, he made his presence known and the set just built up from there. Grime played just about everything from his 2014 album, “Void”. He also sprinkled in his well-known remixes like his twist on the classic hit, “Satisfaction” by Benny Benassi, and his latest touch on, “The Hills” from The Weeknd, which was a definite crowd favorite. R.L. Grime is well known for his trap fluidity, and has remained at the top of the game with his ferocious style. The Kingdom Rave family did a fantastic job with the entire night. Out of the many venues in Atlanta, the production set in the Imperial Ballroom of Live Oak Plaza was by far the best we’ve seen. It made a huge difference for the experience as a whole by grabbing your attention right away and pulling your eyes in one direction- straight at the main stage. It really makes for a more intimate and personal experience when you can watch a high energy DJ like R.L. Grime get down to his own set right along with the crowd. That truly creates an energy between the music and the people that can sometimes be overlooked at other shows. What is next on the books for R.L. Grime? The man is on the move, continuing his ‘Void’ tour around the world into 2016. The next time R.L. Grime comes back down to the south will be at Okeechobee Music & Arts Festival in Florida, March 4-6. Until then, take a peek at this music video of his song, “Valhalla” and Grime on!