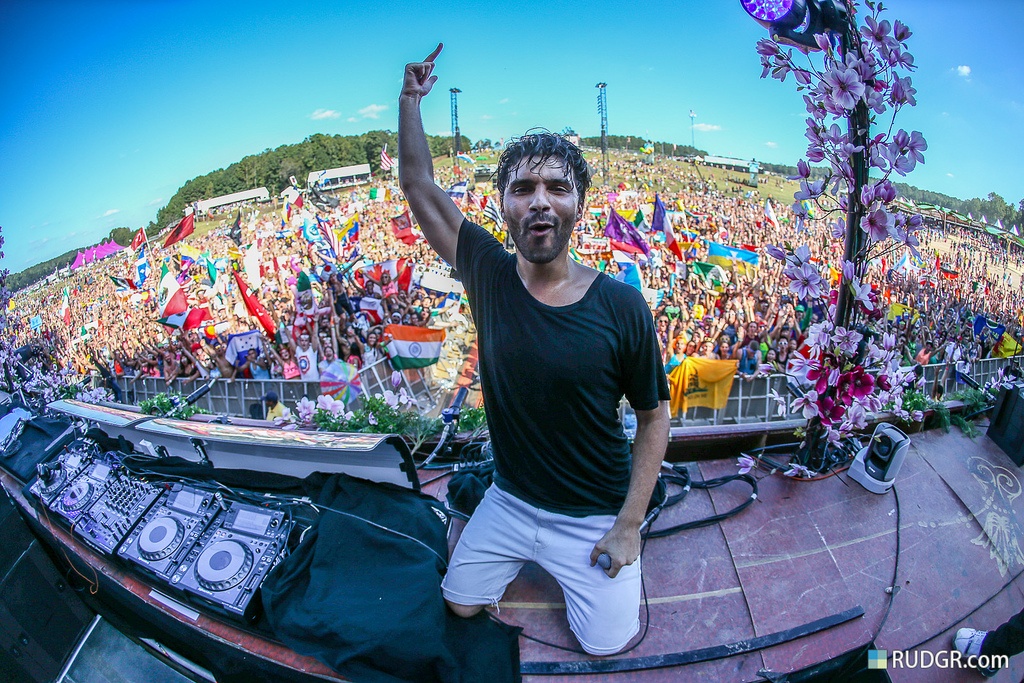 Over the last couple of years, R3HAB has made his way to the top of electronic dance music’s empire. This Dutch DJ has been producing and mixing music since early 2008, in which he did some collab work with Hardwell and Afrojack. He started out as a Dutch House producer with the likes of Afrojack and Chuckie, and he later changed his style up to more of a progressive and electro sound. It was around 2012 when R3HAB really began gaining momentum. During that time, he was chosen to remix music from Madonna, Jennifer Lopez, Katy Perry, and more. R3HAB’s work has seen support from EDM’s A-list such as Tiesto, Hardwell, Alesso, NERVO, and Nicky Romero, just to name a few. If you have been to a music festival or show within the last year or so, it is almost definite that you have heard some of R3HAB’s music at some point. This Saturday, R3HAB will be playing at one of Atlanta’s upscale venues, Gold Room. This newly renovated nightclub has made a statement over the past six months by bringing some top-tier names in electronic music like NERVO, Danny Avila, Sultan & Shepard, MOTi, and even 3LAU coming up in March. Gold Room has a beautiful, lavish design that is not your average run of the mill nightclub. With a DJ like R3HAB performing combined with a venue like Gold Room, you are certainly in for a treat this weekend.

Tickets for this Saturday’s are on sale now, so get your presales while they are still at $25. Please visit www.eventbrite.com to purchase your tickets before the prices increase. Remember that Gold Room has a strict dress code; so be sure to leave your rave outfits at home and dress to impress Saturday! Here is one of our favorite live performances of R3HAB. This is his set from EDC Las Vegas last year, which is most likely one of his best as of late. Check out this wonderful set and see for yourself how R3HAB won over an enormous crowd at this festival. He always puts on a great show, so you can expect the same out of this Saturday night’s event as well.

Jamie XX and other EDM stars headed to Portland thanks to the Abstract Earth...