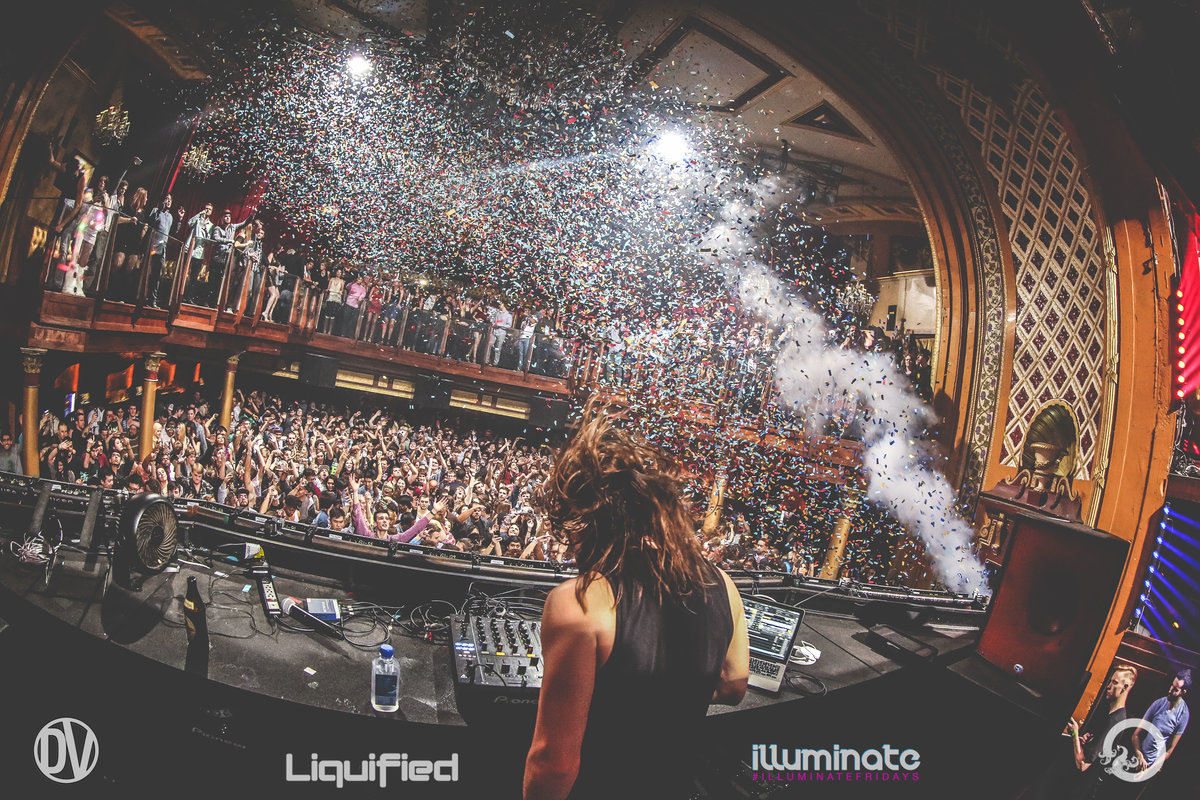 Oh, the throes of winter… For those of you who may not know what the word, “throe” means; and no, this is not a typo – it means a difficult or painful struggle. ‘The Throes of Winter Tour’ featuring the one and only, Seven Lions could not have contained a better message within the title. The message being that we had struggled painfully through a cold winter here in the bipolar weather state that is, Georgia; but Seven Lions was here to save us from the cold with the power of his music.

Last week, the California native, Seven Lions graced Atlanta with his presence once again at Opera Nightclub. Atlanta was his second stop during this, ‘The Throes of Winter Tour‘ which was named after his newest EP that released just a few days before on March 3rd. We had not heard much from him since ‘Worlds Apart‘ was released last April. But with this latest EP, it was no surprise as to why we hadn’t. ‘The Throes of Winter‘ featured some wonderful tracks like, “A Way To Say Goodbye,” “Lose Myself,” and “The End.” Seven Lions kept his classic melodic and vocal style, but also gave us a little taste of house thrown in as well. I was excited to hear live what changes he had made on his new EP. His set featured some of the tracks from ‘The Throes of Winter,’ as well as many of his classic tunes that made us fall in love with his music long ago. I really enjoyed finally getting the chance to hear, “The Fall,” during his set. Check this track out below if you haven’t heard it yet. It has that emblematic Seven Lion’s sound with a slow, yet melodic build up and a bouncy house-like drop which definitely had the whole venue jumping.

The entire performance was admirable in every aspect. ‘The Throes Of Winter‘ seemed to be sort of that kick start to the spring season that we all needed after that long, harsh winter here in Atlanta. We heard some of the awesome tunes Seven Lions had to offer from his new EP, as well as some of the top tracks in EDM as of late. It is always a pleasure being part of any show with Seven Lions. His style is just something that keeps fans coming in droves to see him play live every week. But can you blame them? He has the ability to bring together fans of every sub-genre of EDM because he simply does not play one particular style; so it is no surprise as to why he has gained such a loyal fan base. Seven Lions will be touring around the rest of the nation, ending in Philadelphia in May, but this is only phase one of this tour. Be on the lookout for more to come from Seven Lions this year, because it is shaping up quite nicely for this producer and I’m sure we will be hearing from him again very soon.