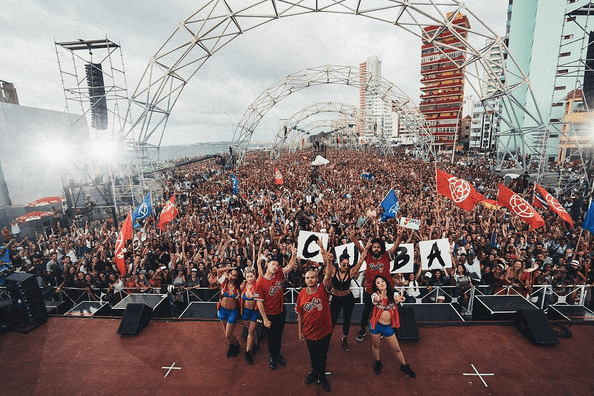 Major Lazer became one of the first US acts to perform in Cuba since the restoration of diplomatic ties between the two countries in July. They played a free show for 400,000 fans at Tribuna José Martí in Havana, on Sunday (March 6)

TO THE PEOPLE AND THE COUNTRY OF CUBA THANK YOU. WE HAVE BEEN HUMBLED BY YOUR LOVE