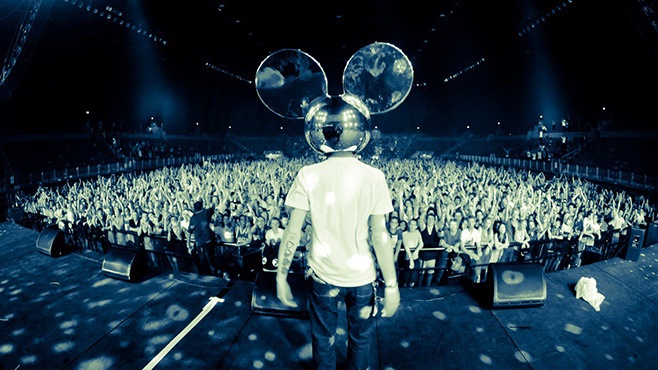 Ah, what is a day in the EDM world without our friend Deadmau5 trolling the interwebs? It seems as though the snarky producer is at it again with his trolling antics for Ultra Music Festival 2016. Surely you remember the troll of 2014 when he replaced Avicii, who had to cancel due to illness, played a little parody remix of Martin Garrix “Animals” with the Old MacDonald tune. You can relive that hilarious moment from a few years ago below.

Now the troll master is at it again, threatening via Twitter that he will play an entire hour-long set of black metal on the A State Of Trance stage this weekend at UMF. The tweets were in response with some disapproval that he would be playing at the festival. So of course Deadmau5 took it as opportunity to strike back with a funny response to the hate.

Inb4 you're all treated to a fucking hour long dose of black metal… You fucking pleb. https://t.co/20TuAfydsw

Now, whether or not this will actually happen is now up to the man himself. Mau5 made another tweet shortly thereafter, contemplating the troll.

I'm seriously considering it. What the fuck do I have to lose? Credibility among the "trance" scene? Fuck it. https://t.co/9xWo6cdf2T

Rarely does the producer back down from anything or anybody, so we will have to wait and see what he has in store for us this weekend. Needless to say, if he does pull this one off, we don’t think that Ultra will be considering a return for Deadmau5 in the near future.