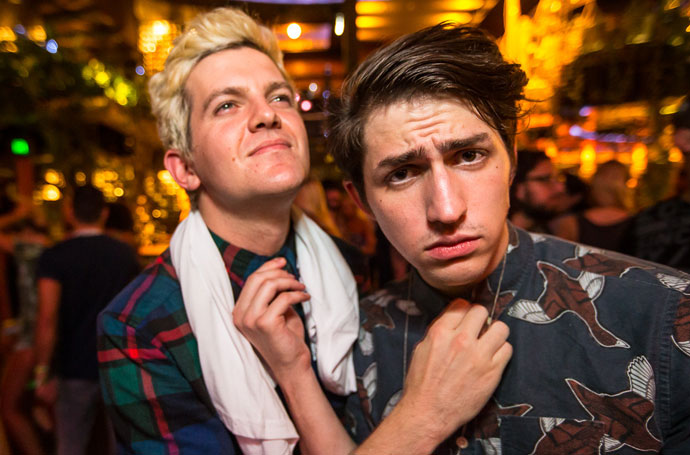 Dillon Francis has had a break out year releasing tons of new music and performing all over the world. He has collabed with tons of big time producers in EDM including Skrillex, Calvin Harris, Bro Safari, and even Kygo. Francis just premiered two huge new collabs with NGHTMRE and Alesso at the IDGAFOS in LA last Friday. Now it appears that he is working on another collab with none other than Porter Robinson. Today Francis tweeted Robinson, saying that they should make a song together and that it was well overdue.

This tweet prompted a wave of positive reaction from fans. So Dillon then tweets a request to his followers for 5k retweets and he would produce a track with Porter Robinson. Of course this got the 5k retweets plus raking up to a total of over 7k retweets in just a few hours span. Then Francis states that they are now planning on what they are going to do.

already talking to @porterrobinson about what we are gonna do…..probably gonna be the best song ever made tbh pic.twitter.com/Zyyx7Skdbb

With that came a bit of mixed emotions with the breaking news of the future collab. Some of which were not very pleased with the idea. One negative response in particular received the best possible rebuttal from Francis.

@DILLONFRANCIS if it gets 10k you should save everyone the likely future headache & stop making music all together. Not porter tho, you koo

If this gets 10k I might finally call you mom back https://t.co/EIP7oSP62i

Most people are speculating that this could finally be the birth of Soon U, the spoof between Francis and Robinson making fun of Skrillex and Diplo’s, Jack U. At this point, we only know that the two are definitely discussing working on a track together which is awesome news alone.