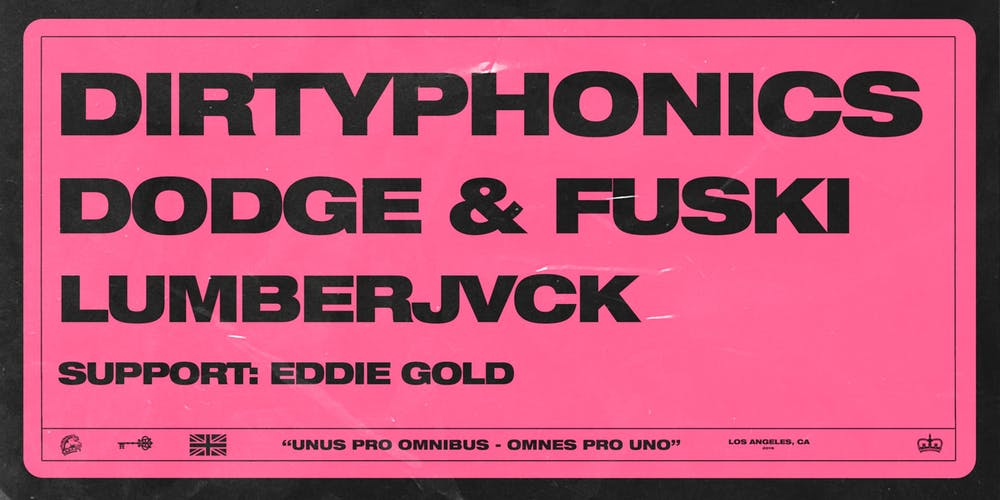 Atlanta, GA –If you are waiting in anticipation for KNIGHTS OF THE ROUND TABLE VOL 3 by Disciple to drop in November and destroy the universe but it all seems too far away, you are in luck. Well, if you live in Atlanta. This weekend the legendary record label is doing another Disciple Takover at Believe Music Hall featuring Dodge & Fuski, Dirtyphonics and Lumberjvck.

This crew is a mix of old and new styles, Lumberjvck (don’t mix it in with the French Lumberjack lol) made his name by mixing some filthy bass with trappy tracks that always get the crowd pumped. But this guy is not your typical “Dubstep Only” zone. The young disciple is known for breaking the rules and dropping a bunch of unexpected vibes here and there. Drum & bass, trap, riddim, you name it.

Dodge & Fuski… Well, you just need to watch their epic Behind the Pretty Good: The Dodge & Fuski Story. This video is not only a masterpiece but also it gives you an idea of what you’re getting yourself into (madness). These guys have been ripping apart the EDM world since emerged in the scene, and they are unstoppable. You can expect the following: Nasty Dubstep (check), ridiculous sub-bass of Drum & Bass, (check), mind blowing and genre-blending Trap tunes (check), and of course some spine twisting Riddim.

The pioneers of Dirtyphonics are eager to bring some heavy dubstep tunes skillfully mixed with gory metal. These guys sure know how to do it right. Their ferocious sound quickly helped them gain a spot under the sun back in 2008 along with a huuuge international fan base. Get ready for a very unique experience of neo metal, drumstep and of course your favorite never getting old dubstep. Dirtyphoncs is the act that you sure don’t want to miss.

Get your tickets here.

P.S. Bonus points for supporting the label and wearing their merch