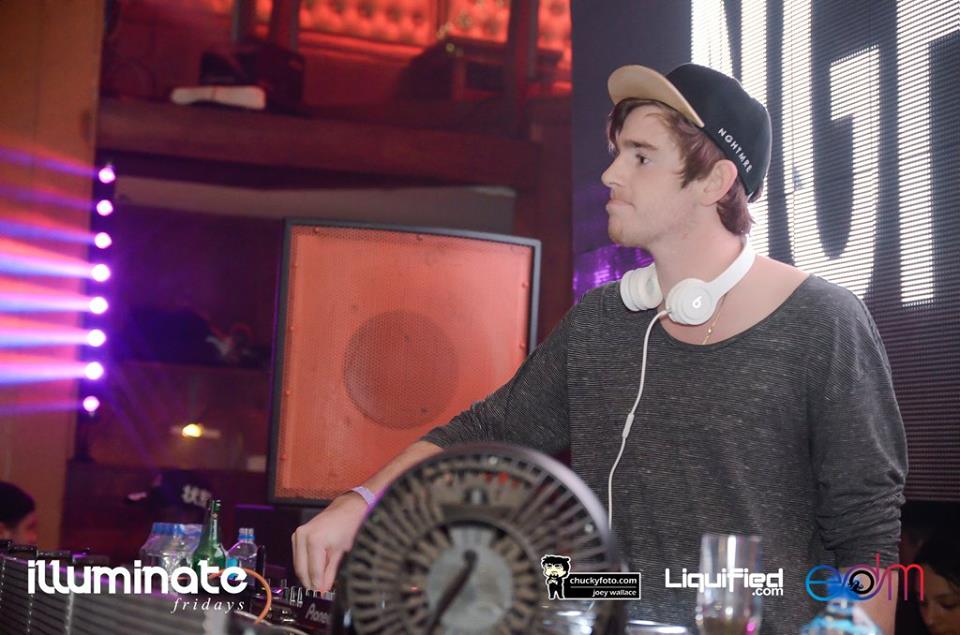 NGHTMRE brought a mixed bag of work to Atlanta on the 13th that shook out some stellar vibes. Upon discovering him through SLANDER he made it apparent that his trap talent is only going to get bigger and better. His appearance at Opera Nightclub in Atlanta was his first show here in Georgia.

His set started strong and he pulled out all the plays we were wishing for like his remix of GRiZ’s song Stop Trippin and his summer banger STREET. The crowd was smaller than what the usual but it was understandable. NGHTMRE is still up and coming but moving quick having gained support from RL Grime, Jack U, and Flosstradamus. The man is going to earn some respect here soon especially if he continues to reinvigorate the trap genre of EDM. He has a fine gift with bringing the grimy trap sound to his production. Surprisingly however the amount of trap NGHTMRE played being in Atlanta was not to par factoring in what he likes to produce. Usually most DJs know to bring a trap heavy set when they come to Atlanta as long as it comes with the territory and genre they play. Being a trap heavy producer I assumed as much from NGHTMRE. Yet surprisingly it was a very mixed bag of house, trap, and mainstage. That does not go to say he didn’t kill it. NGHTMRE has a future ahead of him as long as he sticks to his guns. Right now he is finishing up his tour with a spot at Trapfest out in Austin, Texas. Check out his tour dates here and don’t forget to creep on his SoundCloud too. The next couple months will reveal some fire production from this up and comer and it will be interesting to see what he brings to our world.