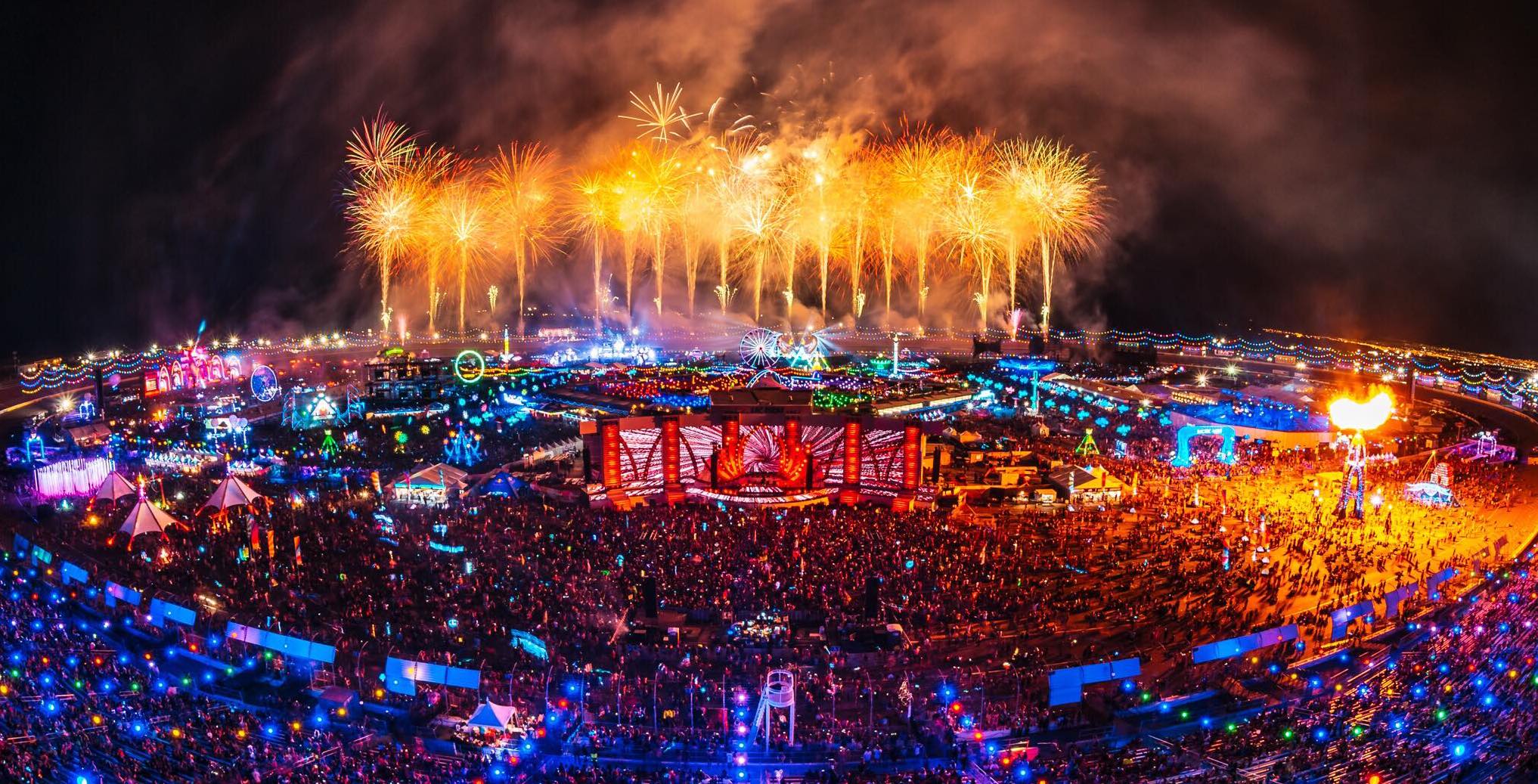 (Las Vegas, NV) If you have been living under a rock and are not aware, the famed flagship festival of Insomniac Events, Electric Daisy Carnival in Las Vegas is underway. The age of live streaming music festivals is here, and, for those at home trying not to cry in our beers this weekend, you can at least enjoy the music played from the comfort of your living room.

The EDC live stream will be on four different channels from May 17th through May 19th starting at 6:45 p.m. PT/9:45 p.m. ET daily. Channel 1 of the EDC livestream will broadcast performances from the three main stages — kineticField, cosmicMeadow and circuitGrounds — as well as behind-the-scenes footage, exclusive interviews, plus select sets from other stages, art cars and Camp EDC. Channel 2, meanwhile, will broadcast full sets from kineticFiled, Channel 3 will feature sets from cosmicMeadow and Channel 4 will host sets from circuitGrounds.

The day 1 schedule consists of a who’s who in EDM, but the stream will be limited to just a few acts each night. For tonight, day 1, the stream will feature some selected set with marquee events from each stage: Deorro at kineticField, Gorgon City at cosmicMeadow, and Drezo and Audien at circuitGrounds. Check out the live stream channels below, or visit the EDC live stream link here.

Tiesto is Rushed To Hospital After Collapse Mid-Show (VIDEO)