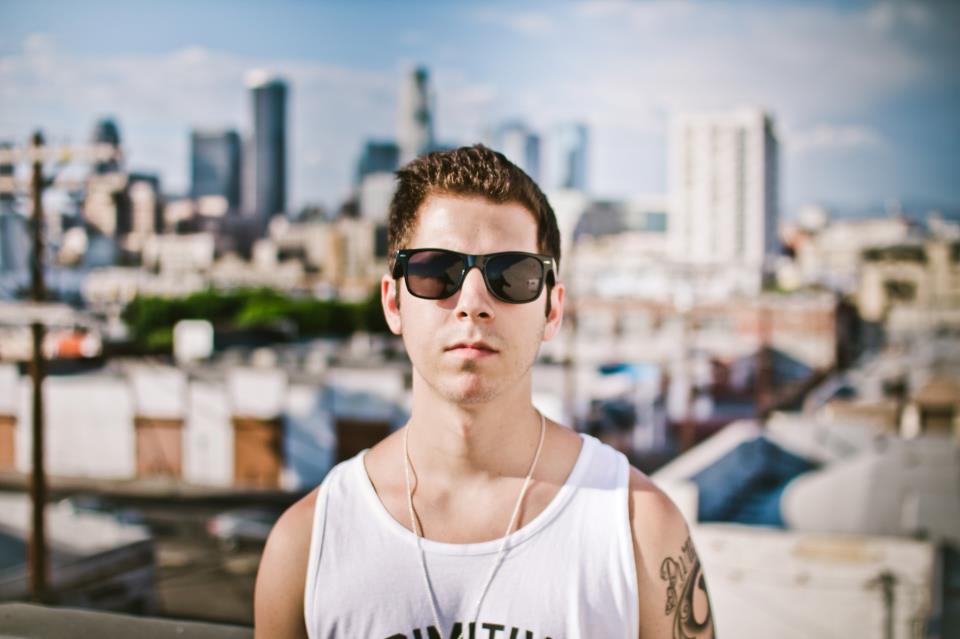 It was just another day in the office for Max Hype [Protohype] on a Friday night in late February at the Tabernacle in Atlanta. Protohype had teamed up with Excision and Minnesota for the Executioner Tour for 2015, and they had been under way for a few weeks at the time. Protohype has been on the scene producing music since around 2009, and he has certainly made a name for himself by not following the masses. He even created his own style of music, in which he coined the name, “Dub-Hop”. Firepower Records described his sound as, “By combining the gritty low end of dubstep with trunk rattling hip hop drums, a sound is born like nothing else. His progressive sound has led him to new heights in both the bass music community and the hip hop world.” I had the pleasure of chatting with Max just after he crushed his opening set for Excision that night in Atlanta. The show continued on as Excision played his set through that massive 150,000 watt PK Sound system. The bass was so intense that it was shaking and rattling the the walls of the Tabby’s green room as Max and I had our conversation.

So you’ve been on tour with Excision for a few weeks now, how has it been so far?

It’s truly been amazing, just awesome. I’ve loved every minute of it. Like I can’t even begin to describe how fun it’s been. I can’t wait to play with him [Excision] in more cities.

We saw you when you played here with 12th Planet around this time last year. Do you enjoy playing here in Atlanta?

Yeah I love Atlanta, man. ATL’s the sh*t for real. Being born and raised in Nashville, I used to come down to Atlanta all the time, and made so many life-long friends here. Also, since Atlanta is not too far from Nashville, all my hometown friends come down to watch me play when I come to Atlanta. I loved to come down back in the day and check out the music scene all the time. It’s even cooler, now, that I get to come and play here when I used to come here just to watch shows. I’ve got to come down and play some shows at a couple different places in Atlanta. I remember an Iris, though. I think that’s right. Yeah, I’m pretty sure it was an Iris that I’ve played for. Good times.

Yes, a few of the shows were Iris. I remember seeing the promotions for the shows you played. One of those times was at Imagine Music Festival as well. I bet that was pretty fun to be a part of.

Yeah that was an awesome festival to play at. I definitely enjoyed playing there. I mean, I even used to come down to this very venue [Tabernacle] to see shows and I’ve always loved this place. To come back and play here… I was trippin’ out on stage, dude, it was such an awesome feeling. That’s why I wore my Atlanta Hawks jersey on stage to show my love for the “A”.

You coined your own style of music as “Dub-Hop”. Can you describe what that is for people who don’t know?

That was actually something I made up a long, long time ago. It’s definitely still my style, though. I always made rap beats when I was growing up, but I stopped for a while during college. Then I heard Rusko and Caspa’s, ‘Fabriclive 37‘ (2007), and that’s was my first time listening to Dubstep. I really liked it because I had never heard anything like that before.  And the Dub-Hop thing really came from me not actually being able to make good Dubstep sounds. I had no one to teach me, so I really didn’t know how to do it. That’s just always been my style, though. Just a lot of hip-hop and a lot of dubstep mixed in as well.

So you dropped this cool collection of mashups and you called it, “Puppy Crew”. I’ve seen you use that as a hashtag as well. What does Puppy Crew mean?

Puppy Crew was a thing that I made up, just messing around one day. So I tweeted, “Every retweet that this tweet gets with #puppycrew, I’ll donate a dollar to the ASPCA.” Which is a non-profit organization that saves animals. I checked my Twitter later and I saw that Bassnectar had retweeted it, and it got like 1,000 retweets. I thought, “NO! This is also kinda cool, but, NO!” I didn’t have that kind of money back then to just give away, but I couldn’t break my promise. I ended up giving the $1,000 to the ASPCA like I said I would. So that means I ended up saving a lot of animals by donating that much. I made that hashtag up just to be funny, but then people started tweeting me pictures of their puppies and other pets. I’m working on a charity event and it will be like a Puppy Crew Day; you could bring your pets to like a park in LA and have a meet & greet, and you could donate $10 for the charity. It has really turned into something way cooler than I imagined. I’m really excited about it.

You dropped an EP late last year, with Firepower. Anything new we can expect for this year?

I have a lot of stuff that I have been working on. I really wanted to drop an EP before I went on this tour, but the labels I was with were just too busy and there just little things here and there that were not ready. So it wasn’t ready by the time the tour started. In the meantime, I’ve written about 6 or 7 originals. That puts me at around 10 or 12 originals, so I could even split them into two different EP’s and release them separately. Hopefully I can give out a bunch of new tunes for free as well. So I’m sitting on a ton of new music, and I’m excited about it.

What’s it like to be on tour with Excision?

With Excision, it’s awesome. Excision is a unique dude and a f*cking genius. I mean, being out in that crowd and just watching that production on stage, the only thing you can say is just, “Holy sh*t!” I mean, listen to that out there right now. That whole production and everything is just about as intense as it gets. Hontestly, the guy has so much knowledge to drop on people, and I’m just trying to be a sponge. Jeff [Excision] can be a little more introverted when we are on the bus, but when he gets on that stage, he becomes a completely different person. He’s the kind of guy that just does whatever the f*ck he wants because he knows he can. “Like Jeff, he intimidates the f*ck out of me“, and you can quote me on that for real! He just has that kind of aura about him. He has been very generous to me as well with sharing his knowledge with me along the way.

What has been your favorite festival to play at so far?

There are a few that stick out the most like EDC Las Vegas, Electric Forest was dope, but Shambhala is my favorite without a doubt. That festival was so freakin’ sick, and the vibes were just unreal there. Getting to play at EDC was an unreal experience, but I would have to stick with Shambhala being my favorite.

Can you give me your top 3 EDM producers? Cliche, I know, but I’m curious.

Number one would be Skrill-dog [Skrillex], for sure. Skrill’s on a whole other level, man, like you can’t even touch him. I would have to say Must Die! would be my number two. That dude is such a great producer, and he’s awesome live. Number three for me would probably be Flume. I love the whole Flume thing, it’s just different.

What is your go-to music when you’re not listening to EDM?

Oldies station, especially when I’m driving. I wouldn’t say that I’m an oldies guy, though. Mainly The Beatles, and if not The Beatles then it’s Queen. I love all the classic rock greats, but like I just love the Beetles so much, and Queen is just the dopest thing ever. Like hearing “Bohemian Rhapsody” is like listening to a play. I watched a whole documentary just on “Bohemian Rhapsody”. You should look it up, it’s on YouTube. But that song and Queen in general is just awesome. So definitely The Beetles and Queen all day for me.

Who would be your dream collab?

I would have to go with Srillex, without a doubt. That would be the coolest thing ever to make a track with that dude. He’s a f*cking game changer; I can think of anyone else that I would want to collab with more than Skrill.