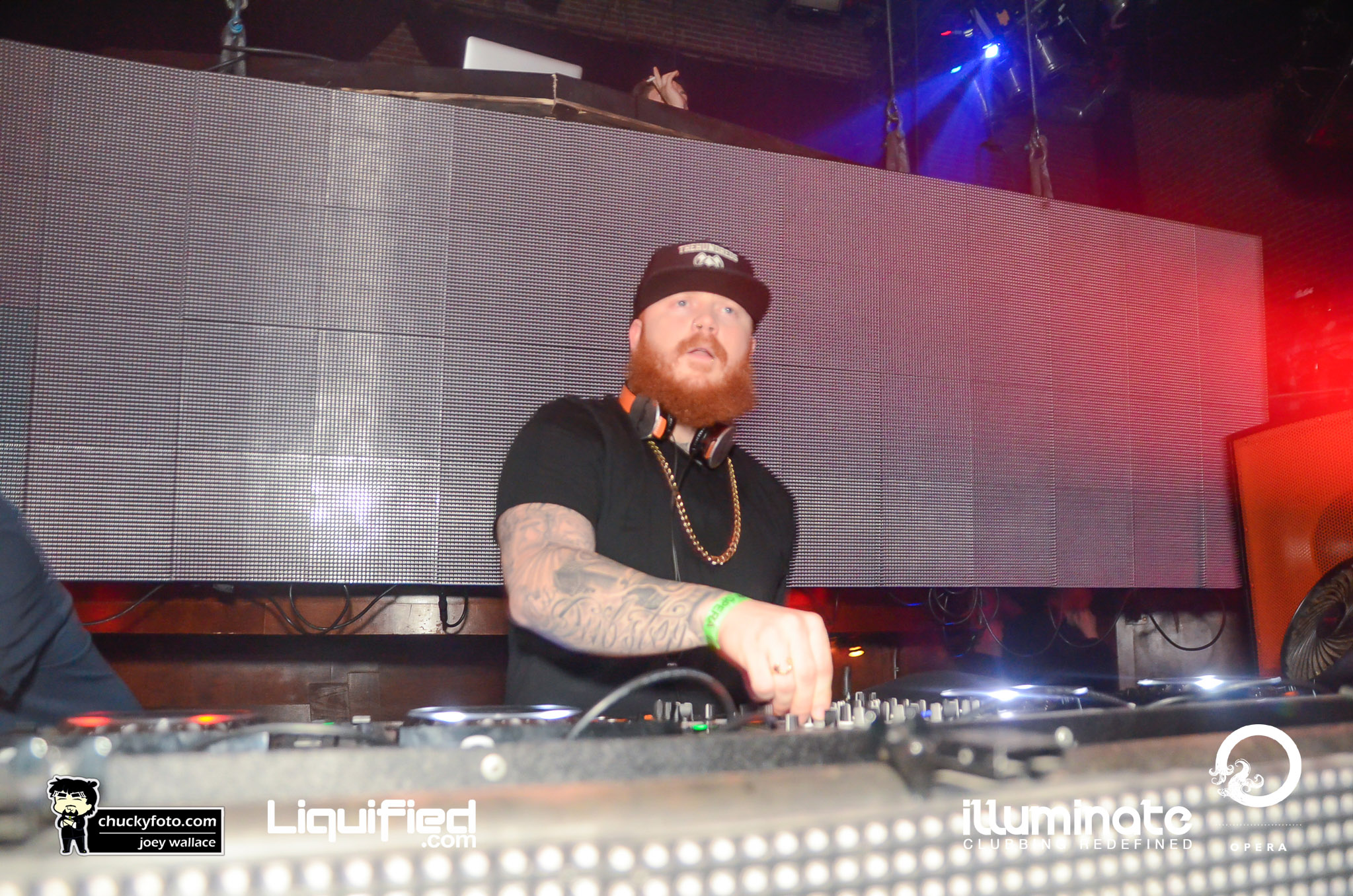 During an interview at Iris last Saturday, Mija discussed several artists that she felt were talented DJ’s with great music. AC Slater, Motez, Anna Lunoe, and Phantoms were some of the artists she raved about, but Kennedy Jones stood out as the #1 artist to look up on Soundcloud right now. A little research revealed that Kennedy streamed a virtual DJ set at Quad way back in January of 2014. In fact, local artists HPNTK, Sylo and Chris Kry were all booked to open for him. [Here’s the Link]. Coincidentally, I was already scheduled to do an article about Firepower Record’s Ninja Tour the following weekend at Opera Nightclub, and guess which ginger bearded DJ was listed right below Datsik on the Flyer? Those who attended this stellar Liquified event will tell you how Datsik performed one of the grimiest Dubstep sets that Opera has seen since Cookie Monsta and Doctor P stopped by back in March of 2014. Barely Alive and Trolley Snatcha’s sets both proved that they have harnessed the true energy of Firepower Records, but judging by crowd reaction alone, Kennedy Jones stole the entire show. Kennedy showcased plenty of tricky DJ techniques that could only have come from experience. At several points during his set the audience started singing along to trap edits of their favorite songs. Right in the middle of his mix he spun the record back and hard cut the crossfade over to some goofy Mexican polka music that you’d only hear on FM 105.3, (¡EL PATRON!) The whole crowd stopped dancing immediately and stared at Jones with the same expression of what in the world am I listening to? On stage you could see him doing a little dance to the tune as he cued up his next song, wearing a tactful smirk that was trying not to turn into a full-faced grin. Before the crowd could figure out what was happening, Kennedy dropped one of the trillest, phfattest, most sluggish trap songs that Opera has ever heard, causing the whole club to throw their hands up in the air and the scream OOOOH!!!! You’ve really got to hand it to Datsik, though. It was not so long ago that he was just some producer from Canada who wanted the music scene to get its Swagga back. Now he’s got enough leverage to book a national tour with cool artists worth their salt on the decks. The next day he had an open spot on the lineup for his show in Detroit. Meaux Green happened to be delayed at the airport and contacted Datsik via Twitter, offering to fill in for Lookas who was unable to make the show. Datsik pulled some strings and Detroit got to enjoy a surprise visitor. With 27 dates left on the docket, this tour is far from over for these three artists. Even if you’ve seen Datsik before, Kennedy Jones is just too good to pass up.

Having Festival Withdrawals? Matisse & Sadko at Believe Will Cure Your Craving!