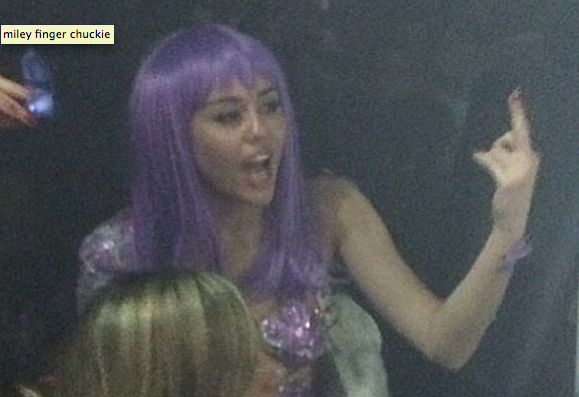 During a set at Create Nightclub in Hollywood, Chuckie commented, “somewhere in America, Miley is still twerking.” The childish child star did not like this one bit. She flipped Chuckie the finger in a most ladylike gesture, the moment being captured by someone on the scene and making it to Chuckie’s Facebook page early this morning. DJ Chuckie had his people kick Miley VIP. Jauz Reveals an Inspiring Secret to Success (Must Read)

Rita Ora DOES NOT Want To Talk About Calvin Harris Anymore! See Her Stomp...