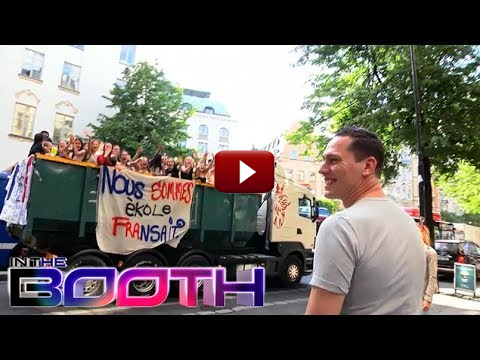 With a new residency at MGM’s mega club, Hakkasan, Tiësto can finally call Las Vegas home. From an exclusive tour of his luxurious digs to a behind-the-scenes look at his new production and sound, we kick off season 2 of ‘In The Booth’ getting to know the super star better than ever before.

More In The Booth Season 2:

Always excited to try new things and go where no DJ has gone before, Tiësto decides to become an ordained minister, so that we can marry a winning couple in the city most infamous for extraordinary weddings, Las Vegas!

Tiësto gives us a tour of one of his favorite cities in the world and the namesake of Club Life Volume 3, Stockholm. From his favorite places to eat and party, to his love for Stockholm’s art and culture, Tiësto gives us the inside scoop on Stockholm and why it is has served as such an inspirational place for him and his music.

In Season 2 of ‘In The Booth,’ Tiësto is pushing beyond limits and has enlisted 3 lucky fans to help him explore all that the underground of London has to offer. Before taking the stage at EDC London, Tiësto explores the street art of Shoreditch, the hotspots for shopping, a unique British dinner, and one of world’s most infamous night clubs.

River Fort to be Turned Into Waterfront Nightclub for $1250000

No More “Touchin, Lovin”: Deadmau5 Accuses Trey Songz of Ripping Off His Remix