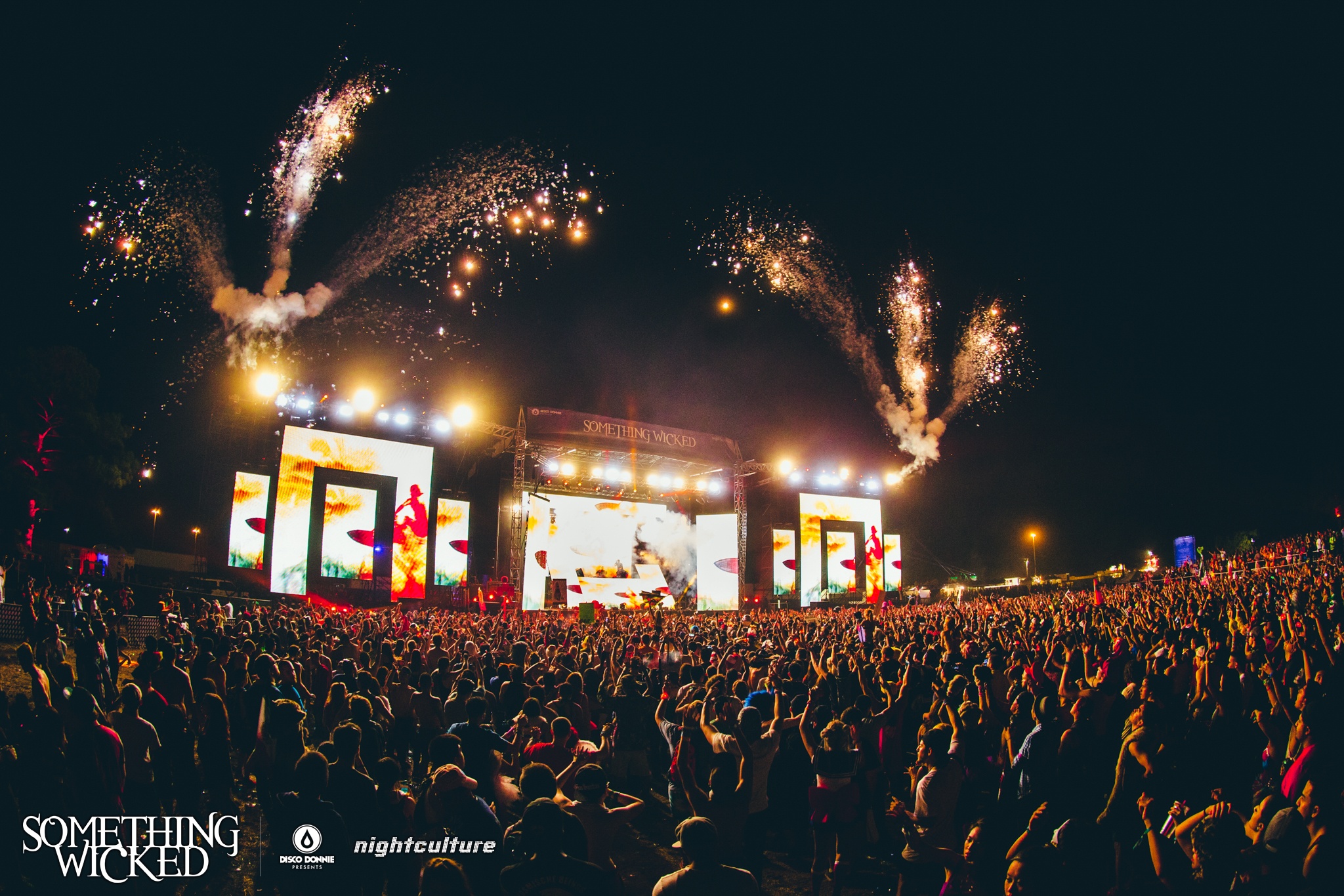 Halloween is looming like a harvest moon in the fall sky; but unfortunately for the Lone Star state of Texas, they shall have to wait a little longer for the next music festival. Something Wicked, Disco Donnie Presents’s and Nightculture’s haunting lovechild, got rained out by Hurricane Patricia.

Nobody minds a bit of rain during a festival. For some, dancing around in the mud is on another level. Lightning is for sure an issue; but a hurricane? Now that’s a dangerous situation for any outdoor event to deal with. Hurricane Patricia was a tropical cyclone that formed in the eastern Pacific, and she rapidly intensified into a monster Category 5 hurricane. Weather forecasts predicted at least a foot of rain to fall in Houston the same weekend of Something Wicked which was a cause for concern. Will this be another Something Wonderful? Something Wonderful was the spring sister festival of Something Wicked held in Dallas back in April. It was rained out half way through, causing a lot of disappointment. Most of the Something Wicked tickets were refunded from Something Wonderful. With Patricia coming in, many festival attendees are skeptical about the weekend using hashtag #SomethingWetPart2 and #SomethingCanceled. Although these were funny, in reality nobody likes a canceled music festival. Just look at the lineup! It’s so perfect that nobody wants that to get rained out. Prior to the weekend, there were lots of official statements to reassure festive attendees that Something Wicked will do their best to not let Patricia rain on their parade.  Even the CEO of Disco Donnie kept a light heart to the heavy situations. Over the weekend, as people slowly made their way to Houston despite the heavy rain, Corsicana got flooded so badly that they shut down all major highways throughout the city. This caused major delays throughout the weekend for anyone driving from Dallas down to Houston. Even Houston had flooded highways! As Saturday rolled around, things were not looking good. Because of the constant heavy rainfall, Something Wicked unfortunately got flooded. And when we mean flooded, it’s basically a lake. It is completely out of the organizer’s hands when it comes to situations with the weather. Disco Donnie had to cancel the entire festival and issued a second refund policy this year. Just imagine how much money they lost from both Something Wonderful and Something Wicked.

The Official afterparties were still a go, and many attendees were able to rage during the night. Several other afterparties popped up last minute as well to accommodate for those who weren’t able to get their hands on a ticket for the Official Afterparty held at Stereo Live.

However, there is a bit of good news for those who bought their tickets for the festival; they will get a full refund from Something Wicked. It’s a hard call for people who resold their tickets to others. And for those tickets that were originally Something Wonderful tickets, will they be refunded again as well? The vicious cycle still continues. Disco Donnie has announced that those particular tickets will be turned into Something Wonderful 2016 tickets which will be held April 23, 2016 in Dallas, TX.

Negativity is expected, but the biggest trooper throughout this entire process is James “Disco Donnie” Estopinal Jr. If you want some entertainment, go to his twitter page. He spent a whole day responding to tweets, calling his day a reFUNd day.

Remember, no entertainment company wants to waste millions of dollars on a rained out festival. They strive to provide the best show for music lovers each year. Disco Donnie Presents unfortunately has suffered from a very difficult and wet year. There are many inquiries about Something Wonderful 2016, and we’ve got some hints about it. We’ll see everyone next year in Dallas at Something Wonderful 2016, rain or shine. Heck, we’ll even bring floaties too!

Time To Get Tropical At The District Atlanta Patio Pre Party This Friday!