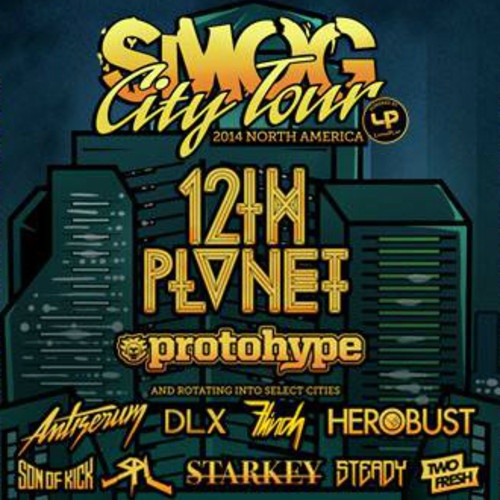 12th Planet and his influential SMOG Records crew came through Atlanta’s Masquerade; bringing the freshest genre-bending bass music that your body and mind could handle. The night was a huge success! The amazing fans that toughed out the cold weather is what made this event. The energy of the fans from start to finish was at an all time high. The night started with the heavy bass hitter Steady who recently released his “#SMOGCITYTOUR MIXTAPE” which gave you a taste of what was in store for the massive Smog City Tour. The mixtape which is already at 24,000 plays in just 16 days is a direct relation to how amazing the music is at the show. There are not many mixtapes we can say the same for but this is one you can listen to from start to finish and let it ride. Steady continually contributes to the West Coast dubstep scene. You can hear his music on dance floors all over California to as far east as Atlanta. Check it Out! Genre: Dupstep, Drum ‘n’ Bass, Trap

Rita Ora Is Shocked Calvin Harris Split ‘Got So Nasty’ While He’s Named The...